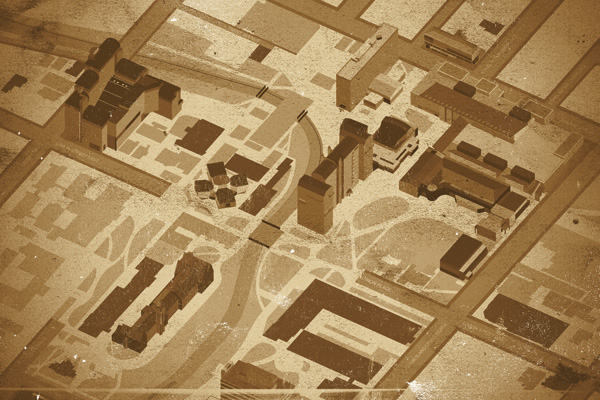 A Game of Faculties

The Seven Kingdoms of Dunderos and the Free Cities of Taerios are lands of sadistic mediocrity. When you play the Game of Faculties, you neither win nor die: in the end, there is only the swift abandonment of convenient tutorial-based friendships and dismal remuneration.

The Qarth School of Business claims that great riches lie within the massive locked vault beneath the Commerce Building. In fact, the vault is empty save for the death rattles of 10,000 creatively fulfilling, morally sound careers. Qarth is home to the nefarious Warlocks of Finance, whose lips are turned blue from a potion called “the shade of the evening,” and the Sorrowful Accountants, a guild of fiscal assassins named so for whispering “I am so sorry” before bankrupting their victims. The Qartheen Women of Marketing wear gowns that leave one breast bare.

The Red Waste is a great desert-like area. Little is known about it, since its alumni almost never later appear as functional members of tax-paying society. The only known settlements in the region – Geography, Geology, and Tourism – are in ruins.

Design
The ruins of Valyria

Many summers ago, before the Doom, the great Design City of Valyria ruled over all of Dunderos. Now, the ruins of the City are described as “demon-haunted.” Even the most intrepid souls dare not venture too near.

This once-great House was forced to flee over the Narrow Sea of Leith after the Mad Dean was brutally slain by Nigel “Kingslayer” Jamieson. Now banished to the Free Cities of Cumberland Street, its two surviving students suggest that it may yet rise again.

Honourable but dour, the Starks of Medicine are wont to frequently opine the bleak words of their House: “Cancer Is Coming.” They say it grows so cold on Cumberland Street in winter that a man’s laughter freezes in his throat and chokes him to death – uncertainty about whether their fellow students can perform basic CPR is perhaps why the Starks of Medicine have so little humour.

House Baratheon of Politics believes itself to be a great House of both high enrolment rates and intellectual prestige. In truth, almost all “Baratheons” are Lannisters of Law donning their “Liberal Arts Student” hats, which inevitably fail to hide the telltale blondness of their hair.

Led by Murray Kirkness, ODT editor and King-Beyond-the-Wall, the brutal and anarchic Free Folk are widely feared and reviled by the civilised denizens of Dunderos, who refer to them as “wildlings.”

House Greyjoy of Education rules over the cold, damp, and windy Iron Islands of Union Street East. It commands a universal lack of respect. The words of the House are “We Do Not Sow.”