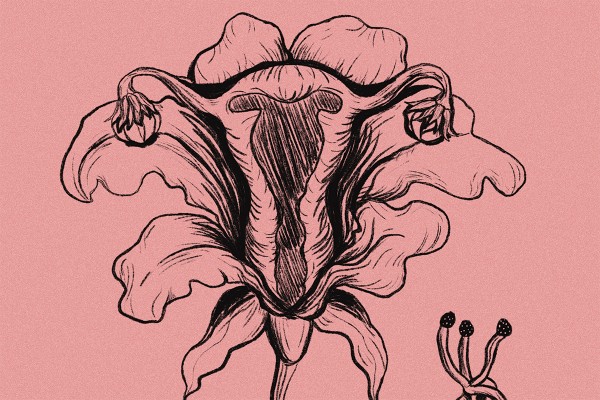 Menopause: What to Expect When You’re Not Expecting

A Uterus User’s Guide to the Big Storm Comin’

Menopause: the last great frontier of female biology. Well, once we get past basic female anatomy, how medicine interacts with female bodies, and not to mention general knowledge of where the clit is. Menopause is sort of like the health equivalent of sidewalk petition canvassers: everyone’s avoiding eye contact, they’re practically invisible to passers-by, and nobody wants to talk about it.

Hamilton Girls High graduate Emma shared with Critic Te Arohi her menopausal education. “None. Are you kidding? My sex ed was all about puberty but they didn’t even go in-depth with that. The main message was ‘don’t get pregnant’. So we mostly spent time on contraceptives, and you know what? Girls still got pregnant.” Education on menopause is not much better elsewhere. Mandy from James Hargest College doesn’t look at hers with much appreciation either. “There was not even a single mention on menopause,” she said. If you’ve just been suddenly hit by the realisation that your knowledge of menopause couldn’t fill the wrapper of a tampon, never fear, Critic is here.

So what is menopause? In the basic sense of the process, it’s the 12-month period (pun intended) after your last period. Aunt Flo stops visiting, Shark Week is over. You can look forward to some less-than-pleasant symptoms during this time in your life. But saying menopause is going to be 12 months is a bit misleading, as before this stage there’s perimenopause – the transition period before menopause. Some will be in perimenopause for a few months, but an average perimenopause will last you 4-5 years. Finally, there’s postmenopause, which you will enter once you’ve completed a year without periods. These three stages will become intimately familiar and are unavoidable to anyone with a uterus, yet plenty have never even heard the word ‘perimenopausal.’ Sex education has no obligation to talk about menopause under the New Zealand curriculum, and even at all girls schools, there’s more talk about prostate cancer than menopause.

Here’s Your Basic Guide of What to Expect When You’re Not Expecting:

Perimenopause
Duration of time: This varies person to person, with some taking longer than others, but on average 4-5 years

What’s Happening: Your ovaries are declining in oestrogen production, causing your cycle to become irregular as this decline upsets the balance of progesterone in the body. Fertility is lessening throughout this stage, and your body is preparing to stop releasing eggs entirely. Symptoms of irregular periods, vaginal dryness, hormone fluctuations, needing to pee more, insomnia, mood swings, hot flashes will become more constant.

When you should be concerned: Keep a particular eye out for periods lasting longer than usual or periods becoming suddenly very heavy, as these could be unrelated to menopause or due to underlying issues. But if your life is being interfered with, then you should always get it checked out.

What’s Happening: This is the end of your periods, and the ovaries are no longer releasing eggs. To be in menopause, you need to have 12 months with no period. Though, those symptoms that started in perimenopause do continue as oestrogen levels fluctuate.

When you should be concerned: This stage has the same concerns as perimenopause, with the same recommendations: any concerns, or if you find the symptoms are interfering with daily life, get it checked out.

Postmenopause:
Duration of time: For the rest of your life, babes.

What’s Happening: You haven’t bled in 12 months, so you’ve officially entered your postmenopause. Hormonally, the ovaries have decreased oestrogen and progesterone output, and your chances of falling pregnant without divine or IVF intervention are not looking good. Sometimes these fluctuating and low hormone levels can cause side effects, but thankfully the symptoms from menopause should be less intense. However, they can still continue at differing levels.

When you should be concerned: As always, if any symptoms are interfering with daily life, you should always be concerned and get it checked. However, postmenopausal people are now at increased risk for heart issues, bone cancer, mental health issues, and vaginal atrophy – the opposite of a WAP, things can get a little drier and thinner down there. Perfectly natural, just get a bit of lube to smooth things out.

Menopause started relatively early for Mary*, who spoke to Critic about her experience. “I was around 40 and it finished up by the time I was 49/50. So a good nine years. I had a vague awareness of what menopause was, but you don’t understand what it means till it hits you. There’s all the jokes made about menopause that you grow up hearing, that just make fun of the symptoms. But then it happens to you. and those symptoms are so full on and debilitating. It’s one of those things that if it was a male experience then it would have been fixed and talked about constantly.”

Mary experienced severe brain fog, sweats and flooding. “You just can’t remember stuff, which is hard when you’re in senior positions at work. The sweats are debilitating, you can be just sitting somewhere and all of a sudden there’s waves of heat roiling through you, with the only thing you can do being strip off and find cold. Plenty can set you off, but at their worst the flushes disrupt sleep for months on end because you wake up on fire, in sweat soaked sheets that you have to throw off, which means you wake a couple hours later absolutely freezing. And the vicious cycle starts again.” Mary didn’t have much knowledge about menopause, what it was meant to look like or what problems she could expect, because there was zero education to inform her. “Very early on, at 41, I went through flooding. So much blood, bleeding so badly I had to sleep on towels. I had preschoolers and I was working, so despite how exhausted I became, I ignored it. But I flooded terribly for four weeks, and when I finally ended up at the doctors, they found out I was severely anaemic.”

“I’m not stupid. I have a degree in science. But I had no knowledge on what menopause was outside of jokes made by men on TV, so I just thought I had to ride it out. But the pills they gave me worked miracles, and after 48 hours the flooding had stopped. Women need to know more about menopause, because if I had let the flooding continue any longer, the doctors said I would have been hospitalised for blood loss. And if I had known better? The problem would have been fixed in days.”

So yeah, menopause, depending on the person, can be a big storm looming. But a good portion of the suffering people endure can be squarely placed on the lack of education on what solutions can alleviate menopausal symptoms, and what symptoms are typical. Menopause faces a societal perception of ridicule. It’s a uniquely female-presenting issue, permanently associated with female aging and loss of fertility – two things society isn’t really the kindest towards. Men are allowed to age gracefully, become mature, silver foxes, wearing their age as a badge of honour. Women are, unfortunately, conditioned to find value in their looks and ability to have children. Menopause is associated with both of these, growing old and being unable to have children. Therefore, it’s out of sight, out of mind; as Mary puts it, “in going through menopause, you’re expected to sweat it out quietly in the corner, and not make a fuss.”

Early menopause can be caused by premature ovarian failure, which is often due to unknown causes. The key issue in premature ovarian failure is when the ovaries stop making those vital hormones such as oestrogen, which naturally decrease when menopause starts. Cancer treatments such as chemotherapy can kickstart ovarian failure, and surgically removing ovaries (hysterectomy, for reasons like endometriosis and gender affirming surgeries) can bring on premature menopause. Going through early menopause can be an incredibly distressing experience, as it can mean pregnancy is no longer a possibility. There are options for people who go through early menopause, such as hormone therapy, though this won’t be the fix-all for everyone.

The New Zealand Health curriculum outlines seven key areas of learning. These include body care and physical safety, mental health, and sexuality education. Menopause relates to and can affect all three of these, yet no one Critic spoke to had education on the process. Most just knew that it existed. The Curriculum website states that “it is expected that schools will consult with their communities when developing health and sexuality education programmes.” This leaves it up to the school, and evidently, high schools across New Zealand have decided it’s not worth talking about.

Cultures of silence don’t benefit society and perpetuate an unfair status quo for all. Being quiet about how much you earn gives bosses the chance to underpay their workers, staying silent about discriminatory practices allows them to seep even further into social fabrics. There’s human cost and suffering to these attitudes, and it can be particularly bad in New Zealand with our tall poppy syndrome - people aren’t keen to rock the boat. Dani* reckons this would be different if periods and menopause were something cis men faced.

“C’mon, let’s be real. If menopause was a male issue, there would be millions funded into research to negate and appease symptoms, movies and pop culture would be full of older male characters casually going through menopause, and education in schools would have mandatory units on the topic. Hell, we’d probably have temperature controlled designated areas in buildings for men to get through their sweats.”

Menopause is something only people with ovaries deal with, though, so despite periods and menopause being vital for all of human existence, it’s mercilessly mocked and swept under the carpet despite how hard of a time it can be. This, of course, leads to women not understanding their bodies, and having much worse health outcomes, like Mary.

When a topic like menopause is taboo, women and other menstruators end up with a lack of understanding of what’s normal, and how to deal with it. Because it’ll be rough, but there absolutely are ways to make it less so. We simply have to keep investing into research on solutions, and educate each other on what menopause will be. We’re in this together, after all. So next time you see mum or aunty struggling with those flashes, have a little sympathy - there’s not nearly enough people fighting in their corner.