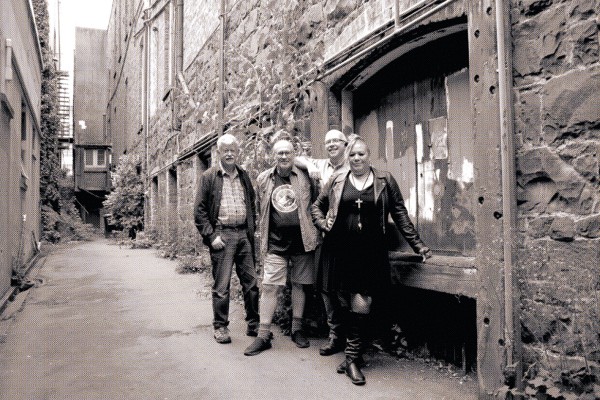 Doctors of Rock, Professors of Roll

When you were a kid, if you ever saw your teacher outside the classroom, it could be a bit jarring. “What are you doing in PAK‘nSAVE, Mrs Dickson? Shouldn’t you be in Room 9?” Things may have changed since primary school, but going to a gig and seeing your professor on the drums might still throw you off a bit. It turns out this isn’t a rare phenomenon, and there are a number of lecturers across the Uni involved in bands in Dunedin. We talked to them to find out more. 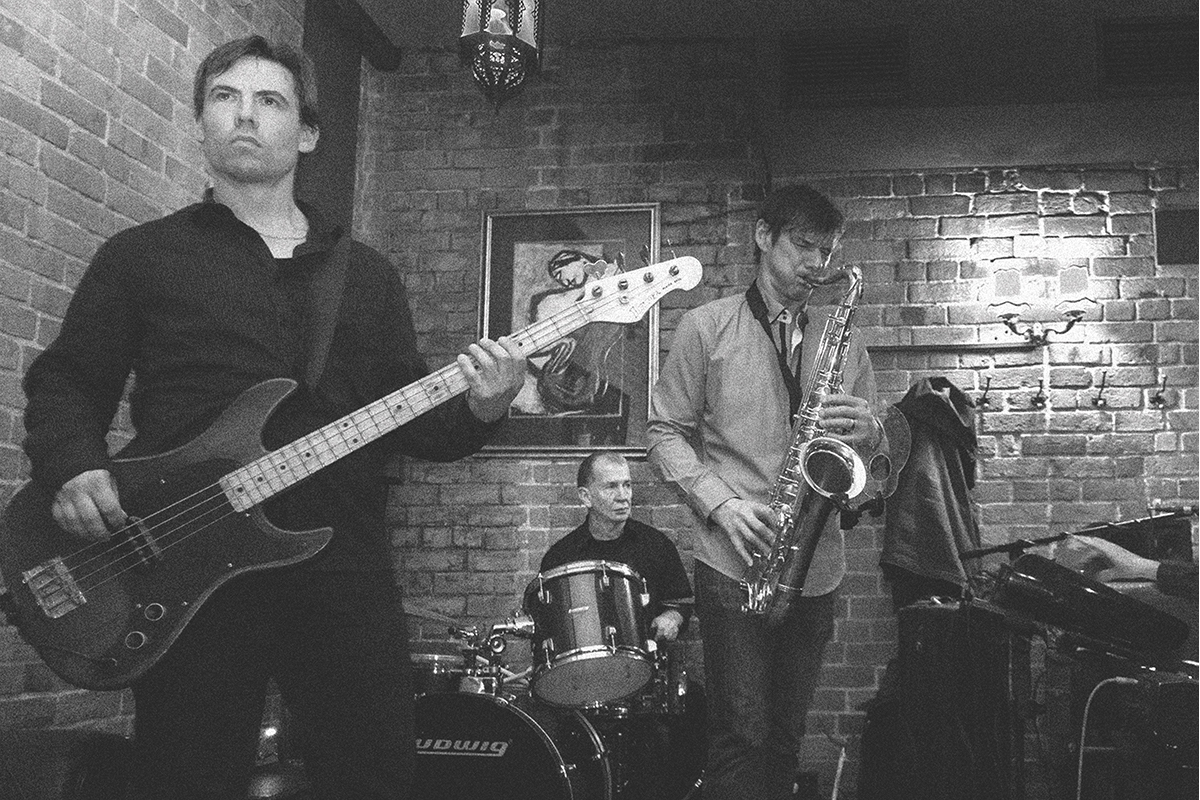 Professor Nathan Berg is an expert of Behavioural Economics at the Uni, but he doesn’t let that get in the way of exercising his considerable musical talent. He can play a variety of instruments, but his first love was the bass guitar.

Berg’s musical trajectory started out in his home state of Kansas when, for the first time, he felt the elation of playing in a group when he filled in for a missing bassist in his dad’s band. Things escalated pretty quickly, he said, “I wanted 'more' of that in-sync ensemble feeling in my life… I dropped out of high school and left home when I was 14 to study music at University of North Texas, the largest music programme in the US. I recorded with their One O'Clock Lab Band (Lab '87). Then I dropped out of uni and moved to New York City when I was 17 and got to play with jazz artists I'd always admired and wanted to play with.”

The peak of his career was spent playing with jazz legends such as Maynard Ferguson, John Scofield, Roy Hargrove, Larry Goldings, Peter Bernstein, and many others. Those days were intense, he said “[we were] rehearsing in a highly focused manner, where any glitch would be looped repeatedly until the band had worked it out. I loved that razor focus on fine detail… We were often playing multiple gigs the same day, making sure we had the chops to keep going for 8+ hours while still finding inspiration to be creative, curious and go in fresh directions.”

But Berg still found time to take an interest in economics, he said “one downside was all the travel and logistics and sound-check 'down-time' being on tour. That's probably why I started reading so much about maths and economics -- to do something stimulating during the downtime. It's not so glamorous.” Eventually Berg left the jazz scene and went to study economics.

Berg arrived in Dunedin in 2011 and thinks Aotearoa has a unique approach to music. “One thing I like very much about the music scene, particularly in Dunedin, is that most musicians are willing to cross 'stylistic boundaries' rather than perform exclusively in one genre of music. That's a testament both to musos' and listeners' open-minded tastes and awareness that 'transcendent musical experience' can be found in every genre.” Berg’s band The Funk and Soul Brothers play every Thursday night at Pequeño.

Music and economics are not entirely separate for Berg either, saying his “academic work uses the analogy of 'ensemble-ness' to characterise what high-functioning organisations of every size do, whether it's, you and your flatmates, a small firm, large organisation or a macroeconomy. The idea of 'ensemble-ness' is this: “I adjust my voice to make yours sound better and you do the same. The resulting harmony (joint output) is a 'more than the sum of its parts' outcome…on a good night, anyhow.” 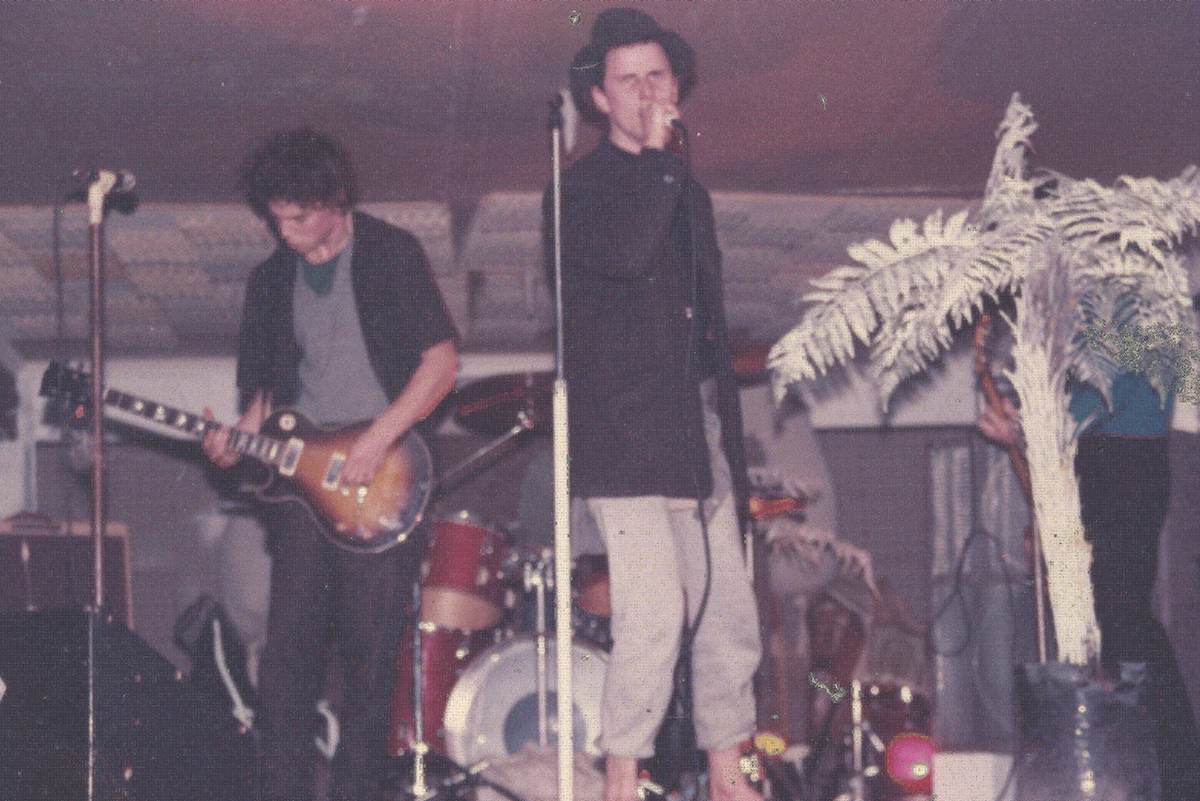 Professor Robin Gauld has many important duties around the University. He is Dean of the Business School, Pro-Vice Chancellor of Commerce, and Director at Centre for Health Systems and Technology. But what many do not know is that in his youth Gauld spent his days a member of an experimental group called The Skeptics.

Gauld got started in his music career by listening to his brother’s records, he said “My older brother had some new music coming out of the UK - Stranglers, Wire, Clash, etc… [That] new music really appealed, the album covers, the sounds, and words. [I] really wanted to be able to play some of this music and got a hold of an electric guitar and amplifier and taught myself enough to get going.”

The Skeptics formed at Gauld’s high school in Palmerston North. He recalled that “at school I ran into my very old and dear friend David D’Ath and convinced him we should form a school interest group to focus on listening to and trying to play some of this new music. In today’s terms this all sounds pretty straightforward but back then it was extremely difficult to do what we were doing in a world that was not at all supportive of people without any musical ability or training, or access to places to play or equipment.”

It was tough going having a different sound in an overwhelmingly conservative community. Gauld said “being in a band was a grim and often thankless existence in terms of there being a very limited audience for the kind of music we made in New Zealand.” But despite the harsh treatment they received, The Skeptics found a way to play some great gigs. Gauld remembered “New Year’s Eve at one of the key venues in Auckland in Parnell. It was packed. There is a great live recording of it.”

Because of the intensity of the music the band was often misclassified, Gauld said. “[We] were terrible musicians and it was loud guitar music, so we were often referred to as a punk band. We really were anything but that.”

Eventually Gauld decided to move on. He said “I got to the point where I felt that I could not see a future. That was around 1985 or so. [It] was a very difficult time to be making a different kind of music in New Zealand. Today’s young musicians work in an environment where difference is celebrated. We worked in one where difference was mostly not tolerated. The work was hard with limited reward.”

Gauld mainly focuses on academic pursuits these days, he said “[it is] mostly non-musical research projects with the occasional bit of GarageBand.” 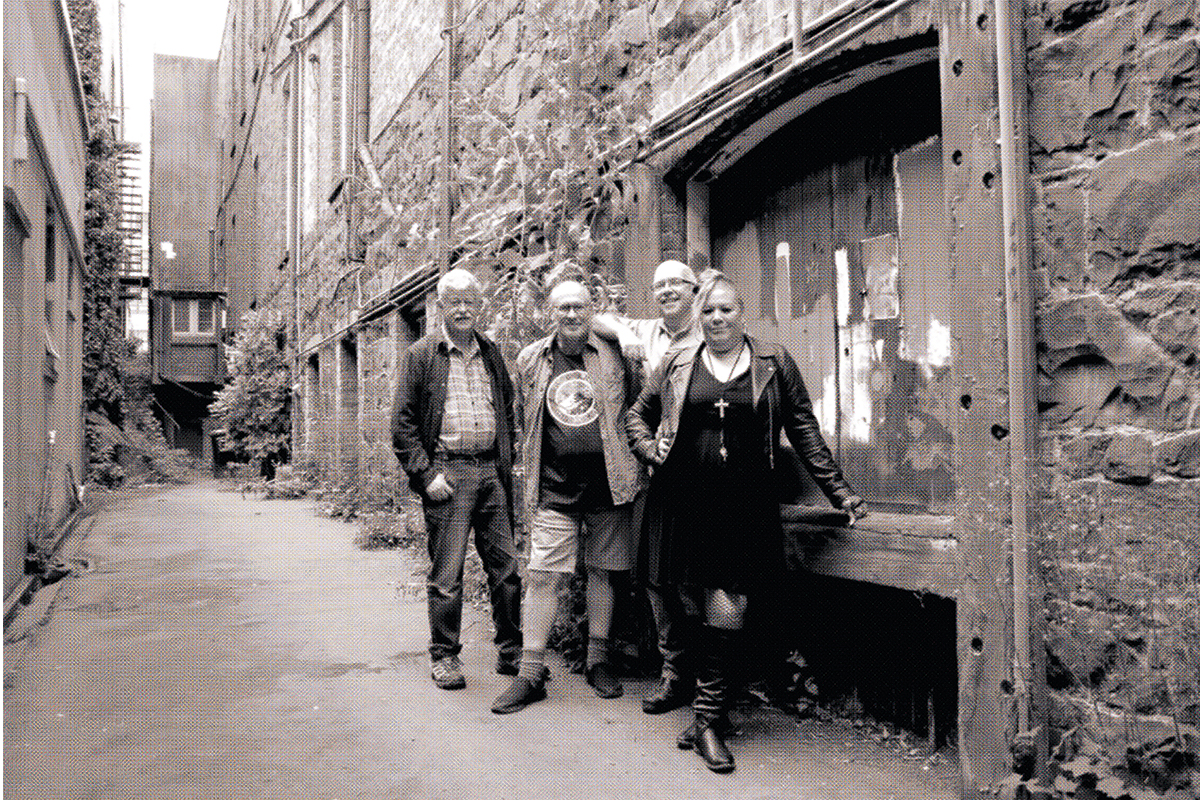 Three of the members of the The Wharf Street Band are well-known faces around campus: Associate Professor David Orlovich (who teaches about Fungi in the Botany Department), Associate Professor Paul Guy (who teaches about plant diseases in the Botany Department), and Dr Donald Kerr (who is the Special Collections Librarian at the Uni). After their career was cut short by Covid, The Wharf Street Band made their return at the Carisbrook Hotel a few weeks ago.

Professor Orlovich summed the band up as playing “music that old drunk people like to dance to, just classic rock covers basically. I’ve often wondered why we don’t do our own stuff, but it must be because all the members of the band are so different that we couldn’t agree on anything.”

The band mainly does gigs for free. Orlovich said “charity gigs were our thing before Covid hit, we didn’t charge them but we did charity gigs because we didn’t want to undercut local bands, and then every now and then we got paid gigs but then again it was usually the old folks that enjoy a good pissup and lots of NZ classics.”
Covid was difficult but The Wharf Street Band kept playing through it. Professor Guy said “Covid hit quite hard, lots of cancellations, but we managed to keep going and practising.”

All of them love the experience of doing something different, and one of their most hectic gigs came at a 60th birthday party. Orlovich said “the daughter got up and gave an absolutely hilarious speech and then this old drunk guy got up and just rambled on for ages and ages. After we started playing for a few minutes, suddenly, the lights went out and the power went totally dead. It turns out the guy who gave the drunken speech had driven off and crashed into the one power line that serviced the town. Someone had to get up and sing ‘Hey Jude’ on the acoustic guitar while someone else went to set up a generator and then we got going again. It was a great night.” Guy chimed in with, “Yeah, you meet lots of characters, especially when they’re drunk.” 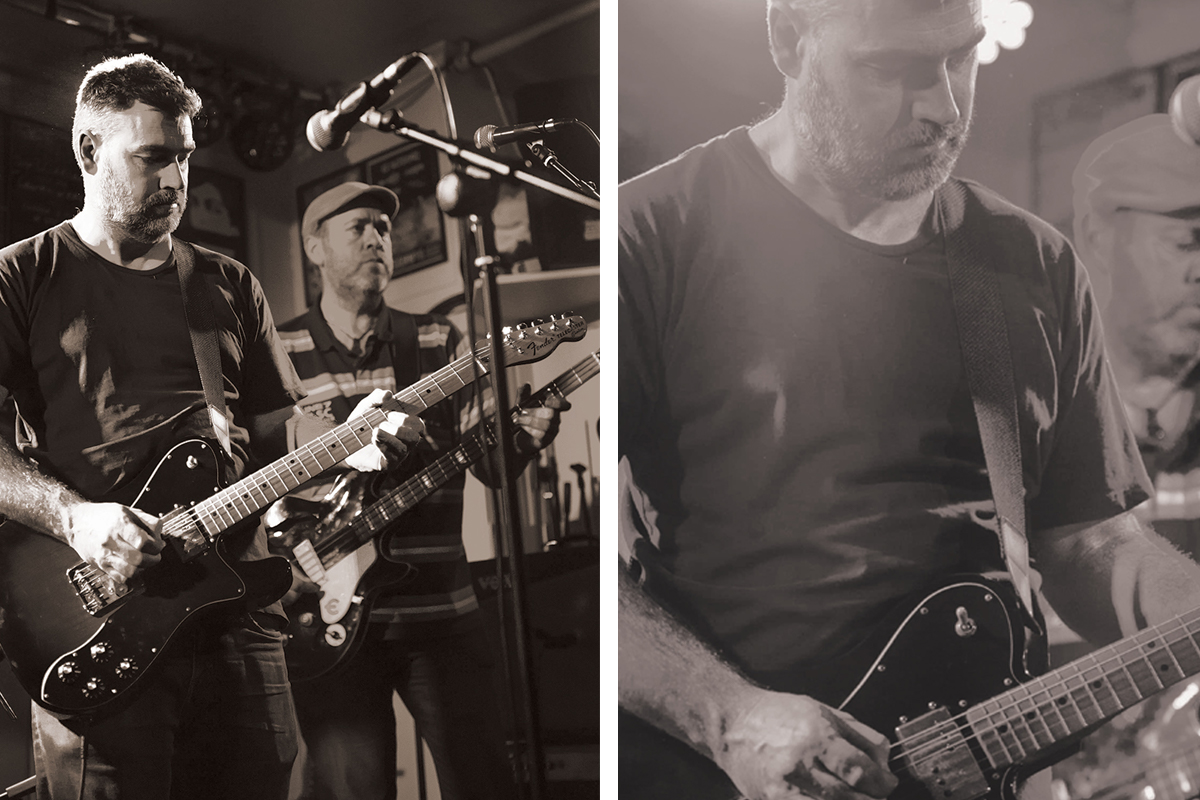 When Wes Jenkins is not overseeing massive projects in the Uni (like the recent dental school refit), he moonlights in four-piece local indie band Before the Snooze. Jenkins mainly sticks with guitar but he is solid on drums and “dabbles” with piano.

Jenkins has been playing guitar for a while. He says his favourite musicians are still the first ones he ever played with: “I went to music college and played with some great musicians but, even though they may not be the most technically gifted, I can’t go past the nostalgia and feel I get from the guys in my first ever band as a teenager.”

Before the Snooze has gigged all over Dunedin but Jenkins has a favourite spot. He said the band has “had some great gigs at the Inch bar and the Crown more recently but I’d have to say the most memorable was a set we played for Sofar Sounds. Sofar gigs are intimate and usually suit smaller groups or quieter bands but for whatever reason… the audience was awesome, the sound was great and even some of the stage banter didn’t fall flat!”

Before the Snooze is also pumping out EPs on Spotify and, according to Jenkins, “new songs are starting to form.” Jenkins is purely in it for the love of music. He says, “I love music, I love playing music and I love the camaraderie between band mates, I’m in it basically for fun! We’re not in it for the money – there is none!”