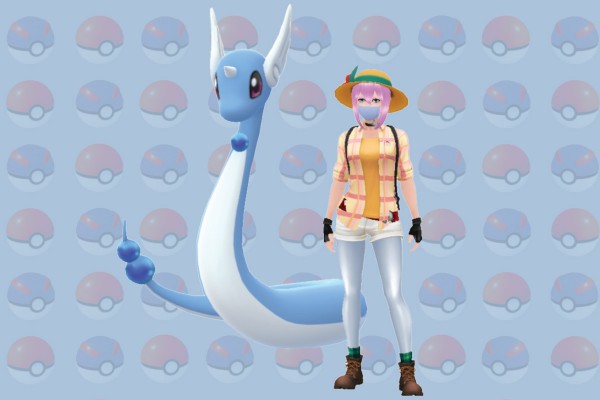 Pokémon Go will slingshot many back to the last time they were happy, full of purpose and with a sense of fulfilment: December 2016. Easily identifiable by portable chargers and narrowly avoided car crashes in their wake as they desperately tried to catch a Venusaur, most Pokémon Go players fell off the map around 2017. But for those who stuck around and made it to level 38, the developers awarded the privilege to submit PokéStops and gyms. Accepted submissions were meant to include “an interesting piece of art or unique architecture”. So, Critic Te Arohi set out to answer the definitely-still-relevant question: what art do the gamers of Dunedin consider worthy of being a PokéStop? 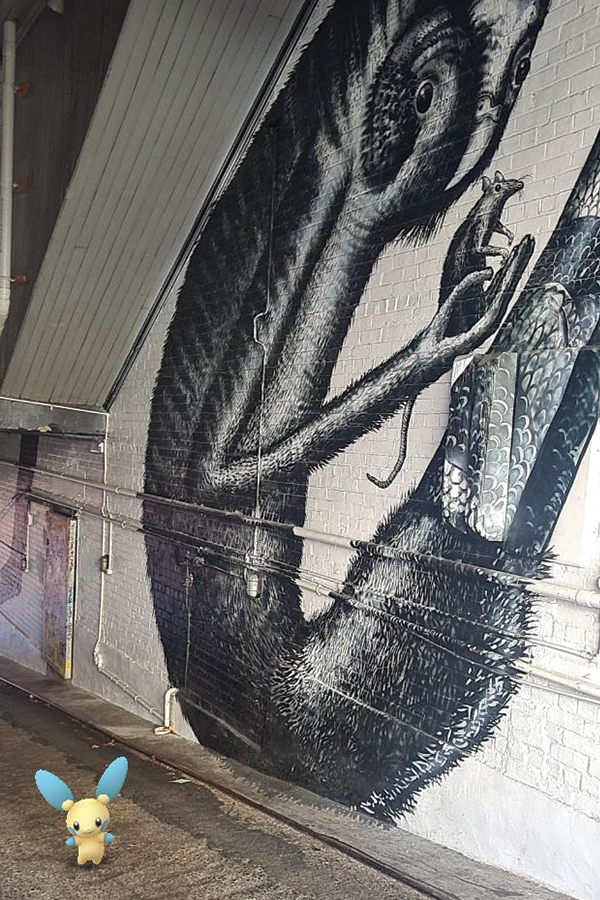 This gentleman is instantly a winner, with the PokéStop description of “Mural by Phlegm.” Phlegm is a globetrotting street artist from Sheffield, London, and has had a few large pieces in Dunedin over the years. Tucked into a dark alley on the Octagon outskirts, this creature does have Kakapo-esque features, but ultimately gives sleep paralysis energy. Honestly, the creature probably represents landlords, with the rat referencing the many infestations in the surrounding flats.

Available around this Art PokéStop: Minus, which took several great balls to catch. Not making electric easy to access? Fits the landlord theme. 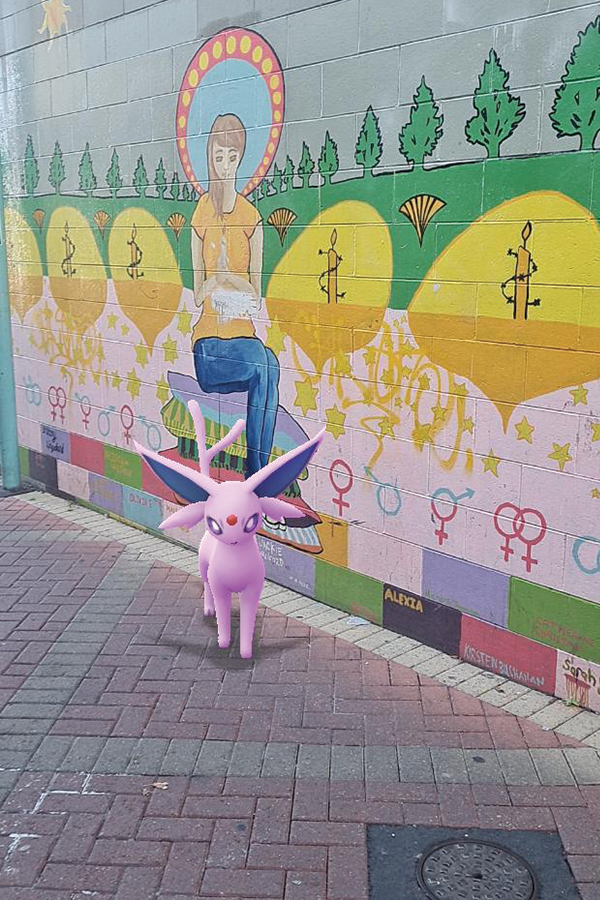 An absolute classic, one that will be familiar to anyone else who has been on a mission to cut through George Street to New World on the other side because the flat is out of toilet paper, or just anyone who wants to go to the shops that are also down this shortcut street. With Amnesty International candles and many pride symbols littered throughout, you’d think there would be a lot of diverse Pokémon to be found along this mural, but unfortunately it was populated by almost entirely Staryu, which isn’t actually very helpful.

Available around this Art PokéStop: A wholesome message and a single Sylveon. 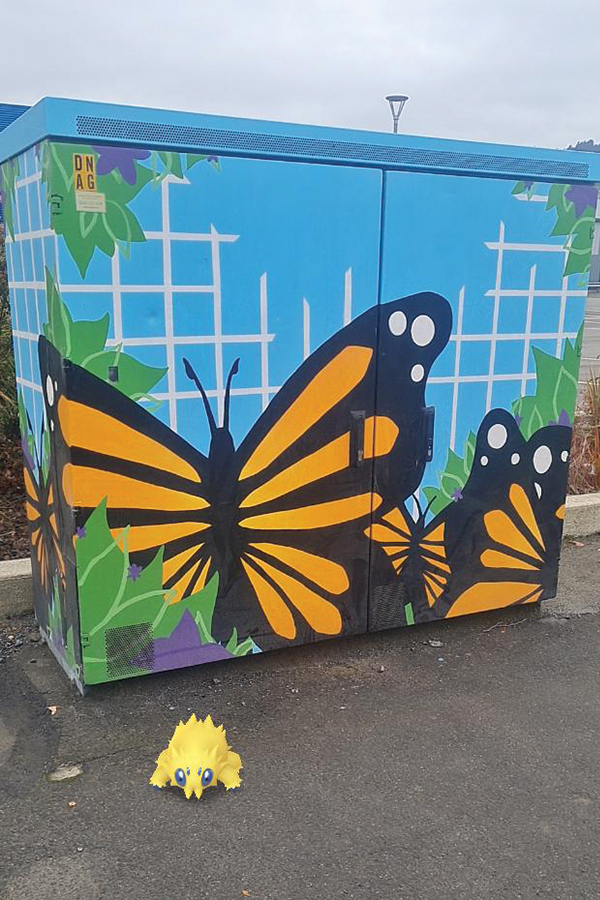 Descriptively and verbosely described as “Artwork” on the Pokémon Go app, the horror this butterfly mural would have seen in the car park corner of Clyde brings a tear to the eye when imagining the carnage. However, the Butterfly mural also will have seen some sick kick flips, as the parking lot behind it is where local skaters attempt to fine tune their ollies and manuals, and inevitably, endearingly and ever so entertainingly eat shit. These horrors and hilarities all even out beneath the gentle gaze of what is undeniably “Artwork”.

Available around this Art PokéStop: Just Poké balls, the motherfuckers. Where are the great balls? Ffs. At least Joltik didn’t take much to catch. 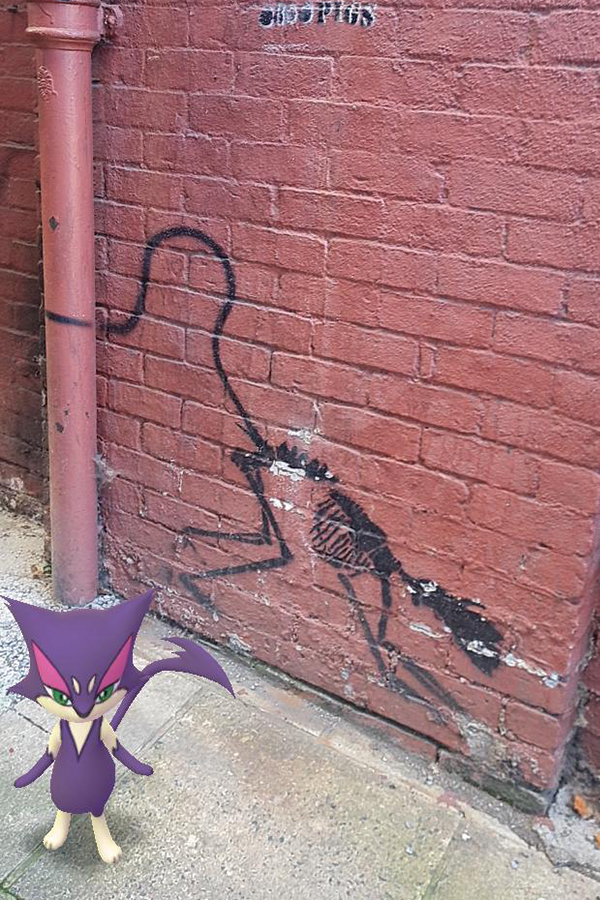 Technically private property, but the ghostly monkey skeleton was far too tempting to not search out. The item haul from this PokéStop? Exceptional. The catchphrase “GET BETTER WORK STORIES”? Aspirational. How it connects to the shadow of a monkey skeleton is up for interpretation, but most likely this monkey perished from having heard about customers folding jeans wrong at Glassons 100 times. You can only nod in sympathy for so long.

Available around this Art PokéStop: Purrloin, but she had a vague aura of foreboding and fomo. 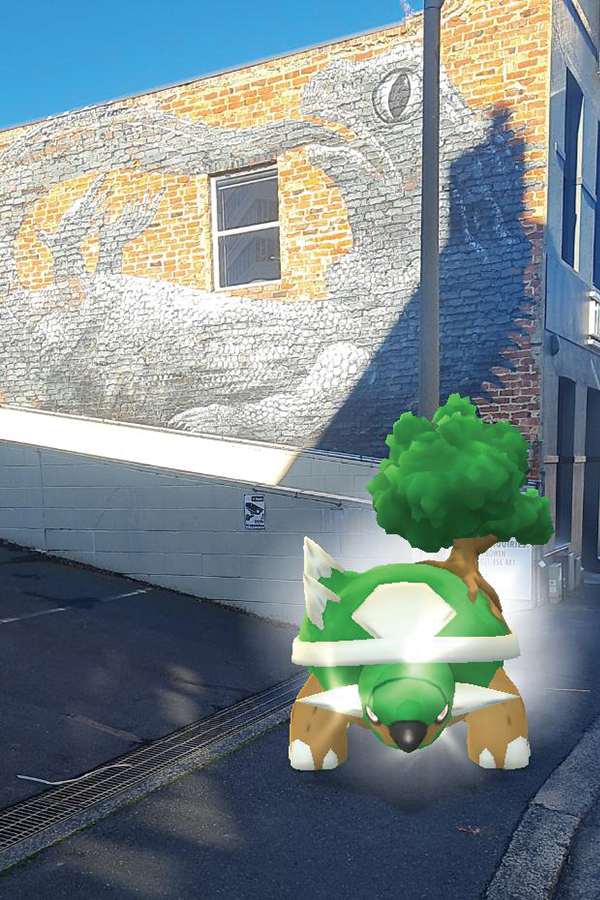 One of the many murals from the Dunedin Art Crawl, the Belgian street artist ROA painted his signature spin on Dunedin’s streets using country specific native animals; In this case, a tuatara. Down the side of Bath Street, ROA has created a mural forever ingrained in the memory of anyone who has ducked into this side street to puke after a lively BYO at Alley Cantina. The all-seeing eye of the tuatara has judged, and is judging, those students.

Available at this Art PokéStop: Toterra, as well as a disposable with a single hit of juice left, probably already used by a wandering student by the time of publishing. 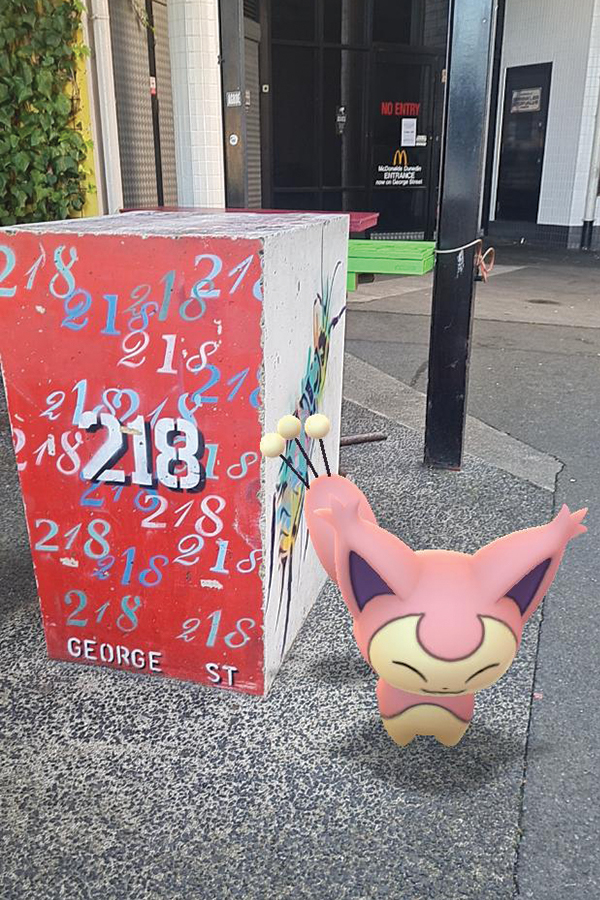 Positioned at the private back entrance of McDonalds, the smell of grease and the graffitied dreams of the sixteen-year-olds past and present that work the golden arches accompany the George Street Art Block. Yet it somehow only adds to the energy and fun. “ART!” Shouts at the player from the PokéStop description, and “ART!” it is. Versatile and compact, the Box technically has 5 art pieces in one installation. Perfect for the art lover trying to consume as much as possible in one go.

Available at this Art PokéStop: In true Pokèmon Go fashion, the opportunity to be almost run over by a Jeep while you try to catch Skitty.