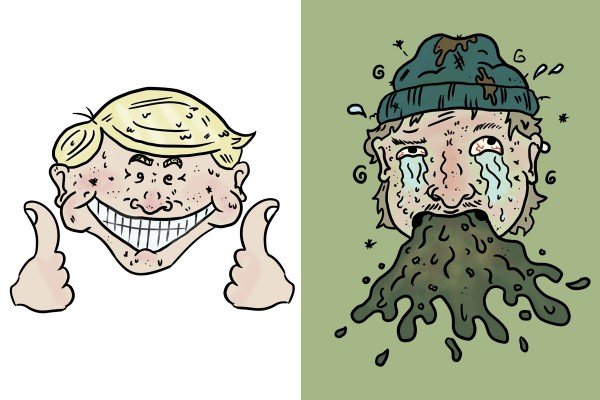 The theory that Epstein DIDN’T kill himself. That’s not even a conspiracy theory at this point it just simply was a cover up by rich American child sex traffickers.

The JonBenét Ramsay theory: I am fairly certain that it was the brother and the parents covered it up. I feel like my parents would’ve reacted very differently if I did that.

The theory that the Kennedys killed Marilyn Monroe. Personally if I was the president, and myself and my brother both had an affair with Marilyn, I might be inclined to silence her. Very suspicious stuff from John and Robert.

The theory that Area 51 has aliens. I wholeheartedly believe this. The US federal government is so WEIRD they should just relax and let us hang with the extraterrestrial beings.

The Canterbury panther theory. Many people have sighted this cat (said to be between the size of a large dog and a cow) and my goal is to be one of them.

Any theories to do with Big Pharma withholding the cures for literally anything. Not only am I willing to believe this, I am willing to place money on it being true. FUCK Big Pharma.

Everyone thinking that David Bain did it. I really feel as if he didn’t! Something about him just seems sad and innocent. However I do rate that red card idea where you all wear David Bain sweaters, do a shot in every room, and then run around the block.

The theory that Covid is a hoax. Bro, you were THERE! Imagine having the confidence of a boomer on Facebook believing you know more than the government’s scientists.

The theory that Taylor Swift and Gigi Hadid were secret lovers. Just let women have strong female friendships. Taylor literally called Hadid a ‘sister’ in a song. It reminds me of when my mum thought me and my high school bestie were dating.

The theory that earth is hollow. Surely people who believe that have seen how stupid everyone thinks flat earthers are. Also, just dig a hole and you can see that it’s not hollow?

The theory that aliens built the pyramids. It was the Egyptians, and they just built them from the bottom up.