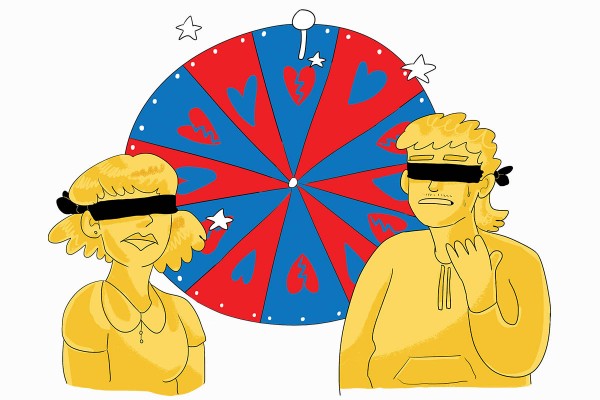 Critic Blind Date | Him and Her

I was pretty skeptical about how the whole thing was going to go down. Then my date arrived. Fuck me, Critic really pulled through on this one.

We headed off to the peace gardens (that place where you can get free salad beside OUSA), for some drinks and a vape. When my date proceeded to put away purple g’s like they were going out of fashion, easily out drinking me, I knew we were in for a good time. Besides her unusual interest in tractors the conversation flowed easy and before long we were lime scootering back to her flat for a kick on. The flatmates were chill, but weirdly enough couldn’t be convinced to join us in getting excessively drunk on a Monday afternoon, so we decided to move on to Eureka.

After a quick stop off at Leith Liquor to restock on purple g’s we made our way back to hers. Netflix and Uber Eats, you know the drill. Apparently the pizza eating got a little loud, ah well. I won’t go into any more detail.

The date was a blast, I thoroughly enjoyed the day. Big shout out to the Critic, bigger shout out to my date.

After a previous 4 years of applications being rejected, I was in my final year at university and I was desperate not to miss out on such a potentially pivotal moment in my life. Thus, I had basically begged Critic to let me on the date and my desperation worked. I approached the critic office embarrassingly steamed; completely face planting on the stairs on my way up, but all was okay when I saw the man of my dreams!!! Nah, jk, but he was super sweet though! The activity wheel landed on a cemetery twice, however after establishing our mutual dislike for hills (which we had to climb in order to get to the cemetery) we opted for the garden where people put their compost in across the road from Central. He brought me an overwhelming romantic Purple G as a gift, which we proceeded to use in a boat race, which I won in extraordinary time (#pussypower). Main conversation topics included tractors and Purple Gs. The rest of the day was spent drinking and eating pizza. Once pizza had been devoured, I had to politely ask the pizza man to leave. But he was not budging! So, I had my flat mate start hammering into the wall in order to wake him from his slumber until he was so annoyed that he left. Sorry! The pizza tasted good but didn’t really fill me up, might try Biggies next time.

P.S The pizza is a euphemism for sex