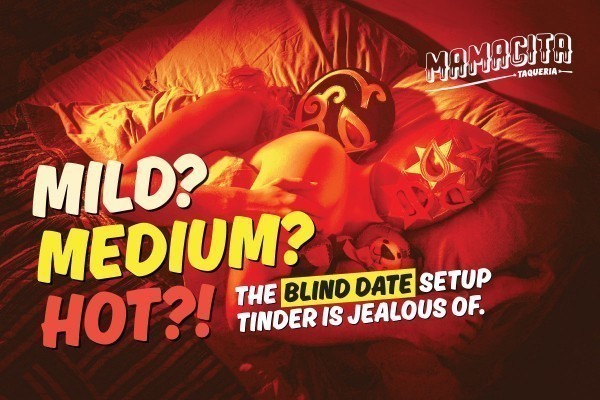 So the big night had finally come, I was at my flat, nervous as hell sinking some Billy Mavs while talking to my flatmates about the night that was yet to come. After a few cans I was ready to head to the date. My flat all piled into the car to see me off as I headed to Mamacitas Taqueria. Arriving a bit earlier than my date, I waited in anticipation for what was to come. A few minutes later, my date arrived, who was a lovely 3rd year student. Nerves definitely settled once she arrived as we engaged in introductions and casual life chats.

We started talking about conspiracy theories and how she believed that the Thai tourists that got trapped in the cave converted to Buddhism and swore to never have sex again due to being raped in the caves by Elon Musk. Conversations only got weirder and more uncomfortable from there as she asked me if I believed in aliens. I replied yes and she replied that the bad things about aliens is that people would want to fuck them. Then she asked me some other odd questions about what animal I would fuck if I had to.

Apart from those few odd questions and the occasional insult about being a bad person and a degenerate for certain things, she was pretty nice to talk to as we yarned about our childhoods and other things. Sadly the food was probably the highlight of the night.

Nothing else happened that night. It finished with her clearly running to the bathroom to text her flat mate to come get her as the restaurant closed, while I did the same.

A bottle of wine down, I rocked up to Mamacita’s and was pointed to a kinda cute guy in the corner. Not too shabby. Within a few minutes of conversation, some obvious discrepancies arose. We were in troubled waters, folks. Firstly he was a first year. I am a third year with back pain and perpetual eye bags. This was also, for the record, his first ever date. Now I’m not about to bag on the man, everyone’s gotta start somewhere, but making the Critic Blind Date your first ever date is well, a bold choice.

As much as I tried to steer the conversation away from mundane small talk, the car was on fire. We covered high school sports, cat names, our parents’ jobs. Yeah. You can see where this is gonna go. I think the most condemning thing was the startling realisation that this man was sober. Yep, stone cold. I never asked because I didn’t want to seem like a slutty alcoholic, it’s possible he had maybe one beer before the venture, but it really was the most shocking thing I’d ever witnessed in my life. It was a 2 hour date right, he didn’t go to the bathroom once. Me? I went twice. Well, second time was really to make an emergency phone call to my friend to pick me up, but I still peed a little regardless.

We shared a jug of margarita, if sharing could be the right word. My man just sipped one glass the whole night. God I know I sound like an arsehole and maybe I am, but compatible alcohol consumption is a topic near and dear to my heart. As the night went on, our differences became more profound. He was a Family Guy man; I’m a Simpsons gal. I’m an English major loser; he’s a cool Ecology major.

He’s a nice guy, but I don’t suck dick for plain ol’ nice.

Critic and Mamacitas, thanks for the chicken tacos. Very tasty.