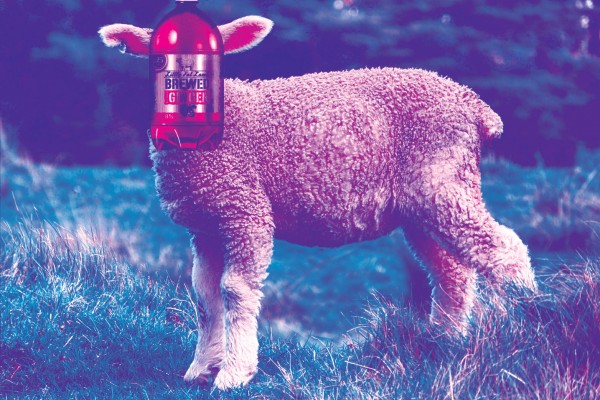 Little Fat Lamb are still pretty fresh on the scene of getting scarfies loose, having only been around for about 3 years, but they sure have made a name for themselves. Here’s a rundown on each flavour and what they say about you.

Ginger is your starter lamb. It’s a real call back to all those keg stands where you held on for too long so you looked cool. The big issue is now that it’s been doubled to 8%, the acidity really gets to you after a while. As a human it’s your Auckland basic bro, rocking the long hair, Patagonia jacket and the Polo cap. His dulcet tones reverberate out of his dirty moustache in a covers band at UBar on pint night.

Berry is the refreshing lamb. It’s the only flavour we’d genuinely pour in a glass with ice. In a world where cider is either sweet or sour, Berry finds the perfect balance. Berry is Ginger’s cool older sister. She has all the cool aspects of Ginger without the constant need for validation.

Tropical is the fun lamb. It’s the sweetest of the trio, which really gets you on both the sugar rush and alcohol buzz. The biggest drawback is that it’s basically diabetes in a bottle, making it a real once in a while beverage. Tropical embodies the metro stranger, the guy you meet on a night out who you know is just out to dance and have a good time. You never meet them again or know their true intentions, but you can’t help but be impressed by their booty drop. Just like the stranger, having tropical on a night out may make it one of the best ever.

Now we have the millennial lamb. The flavour is that of Berry and Tropical’s love child. Still sweet – but toned back just a touch by the citrusy goodness. Here we have the only child, the rich law student who thinks they are going to change the world. They mean well, but need a bit of a reality check.

Apple is the scrumpy lamb. Not sure what else we can say; a wholesome drop, it’s the one to comfort you when you don’t quite get the grade back that you wanted. Apple is very much the group dad, they sip on their drinks, look after the rowdier kids and are only drinking this stuff because it’s a red card.

Lemon is the forgotten lamb. As one of the original two flavours, Lemon deserves a bit of respect. But it’s just plain bad. We think it’s two parts hydrochloric acid, one part lemon. Lemon is the boomer, the “You only drink that sweet stuff because you’re soft, take some bloody concrete pills” type operator and we have no time for it.

How to mix flavours:

Now something we discovered when we were tasting all of these is that they can pair well together. So on a night out try a few of these combos!

Ginger + Berry = The Level Up