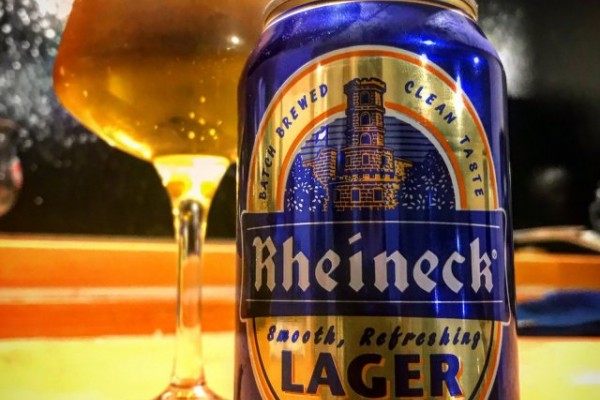 Rheineck Lager Is A Goddamn Scam

Here's the thing about Rheineck: Every week I stroll past the beer section and see an enticing $14.99 for a 12 pack. ‘Gee, what a great deal’ I think to myself. I’m ashamed to admit the number of times I’ve picked up a box and taken it home, only to realise my mistake too late: These fuckers are only 3.5% alcohol. That’s safe enough for a child to drink.

Buying a pack of these is like pulling a UniCol Fresher. It seems like a great idea at the time, but regret soon sets in. However, this regret is not chlamydia and an awkward visit to student health, but something far, far worse: Sobreiety.

Rheineck fails to fulfil the most basic of criteria for beers, which is that it should taste like beer. While this watery abomination should be an insult, to the astute piss sinker there is a silver lining: it is easy as fuck to sink. The lack of any taste or fizz means that it goes down easier than the afore mentioned fresher.

While a normal 12 pack of beer can last you 3 hours, I’d polished off the box in just under one. While this would usually mean that I’d be absolutely off my tits if attempted with any other beer, due to the lowered alcohol content I’d found that serene place where I was feeling a pleasant buzz, rather than being a danger to myself and those around me. A rare occurrence, but a welcome one.
Also, because it’s basically water there is no hangover in the morning, a real ugly duckling this beer turned out to be.
However, there is a dark side. It will leave you pissing like an absolute racehorse, so let’s keep that seal unbroken for your own benefit.

Froth level: Watching the All Blacks but with constant Justin Marshall commentary

Tasting notes: hops that have been soaked in water for an hour, an oxygen and two hydrogen molecules smashed together