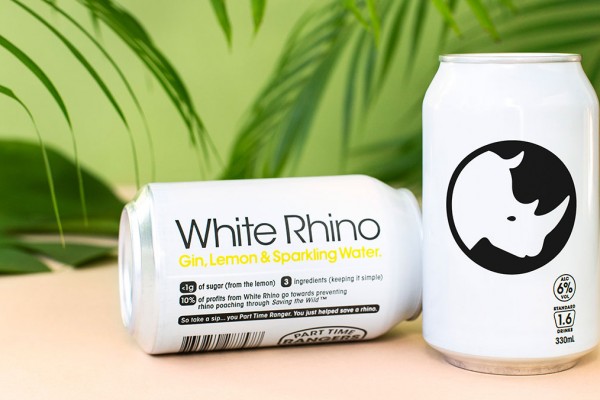 White Rhino is the Best New Drink of 2018

White Rhino, just like white people, is absolutely all over North Dunedin these days.

These tins, with the simplest graphic design imaginable, and an even simpler recipe, have taken the student quarter by storm. Nothing has got the people of North D this enraptured since, well, last week when the proctor stole some bongs.

It is literally just gin, sparking water, and lemon, which is both its brilliance but also its pitfall. Where it truly shines is mid-sesh, where its simplicity makes it remarkably easy to punish back – you’re literally drinking water. Its weakness is in the acidity – very harsh at the start of the night until your body gets accustomed to it. It’s also a real battle if you’re even remotely hungover.

But despite this, it has clearly broken through with its healthy ingredients, low calorie count, and simple flavour profile. It’s legit just super easy to neck. Unlike RTDs such as Cruisers or Cindy’s (R.I.P), which try to cover up the intense flavour of alcohol with the even more intense flavour of sugar, White Rhino has stripped it right back to the basics.

Yeah, they get some free positive vibes from donating 10% to saving the white rhinos, but their real win is being incredibly easy to sink. Again, you’re literally drinking water, which you’d think would cure your hangover before you could even get a hangover. Unfortunately, that’s not the case, because it has gin and gin is an evil, evil spirit put on this earth by the devil to cause the maximum amount of pain to the maximum amount of people.

So yeah, gin is fucking awful but White Rhino still gets a tick from me, mostly because you can’t really taste the gin.

Tasting notes: Strongly acidic, punches the back of the throat. Aftertaste of water.

Pairs well with: Just living life and having a good time, man.