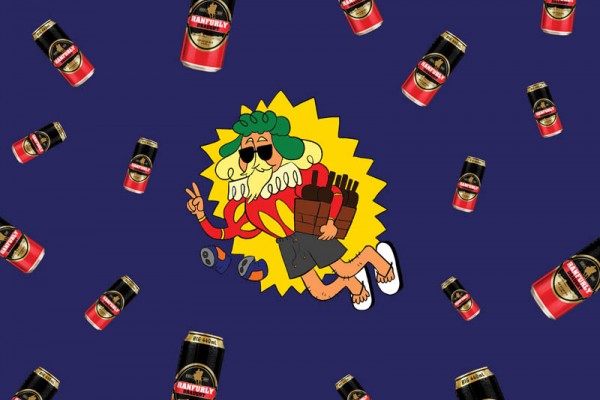 Ranfurly Draught is an absolute nothing beer. It’s uninspired, lazy, and boring. It has no distinctive flavour or aroma. Even the people who make it don’t like it.

It’s a New Zealand draught-style lager, which means it’s brown and has no hops. It’s one of a multitude of near-identical drinks that are all defined by a lack of creativity and interest.

While they’re all pretty much the same, Ranfurly Draught is definitely one of the worst. It’s got a distinctively bad aftertaste, mostly due to the fact that the cans are a stupid 440mls, meaning that by the time you get to the bottom it has got warm and gross. It starts tasting like that dishwater that’s left at the bottom of the sink after you cleaned the BBQ grill plate.

The one thing going for it is that Ranfurly Draught is incredibly cheap. In fact, from my research, it is the cheapest beer in the country based on RRP at a major supermarket chain.

Ranfurly Draught is sold at Countdown at $25 for an 18-box of 440ml cans, totalling 24 standard drinks. By that count, you’re at $1.04 per standard. They’re basically paying you to drink it.

Fun fact about the Ranfurlys: in 2010 they made an embarrassingly terrible attempt to rebrand as an upmarket ‘Station Pale Ale’ and ‘Frontier Lager’. They were very, very bad and failed miserably. Turns out no one is drinking it because it’s nice, it’s just incredibly cheap.

So drink up and revel in the greatness that is Ranfurly Draught. Then regret it the next morning.

Froth Rating: A bubbling puddle of mud on a moist summer day/10