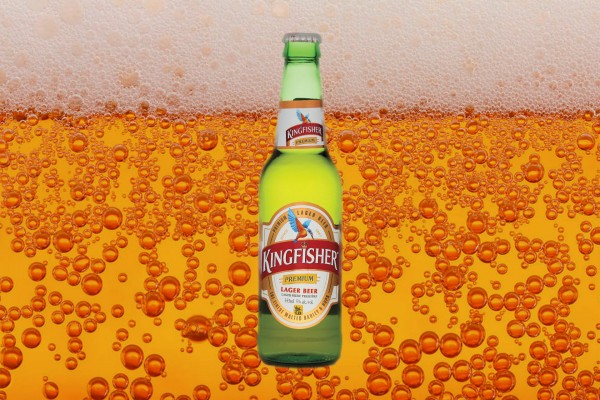 Every week I’m tempted by the same tantalising offer. This sultry temptress is not that hot fresher at 10 Bar, but instead twelve 5% beers for $22. I am of course talking about Kingfisher Premium Lager.

This beer created in India is cheap, easy to drink, and much like its slogan (“The King of Good Times”) suggests, it’s a fucking good time. However, there’s a reason why you don’t see hordes of Uni students drinking these delectable drunken delights, it’s because these fuckers are sneaky.

One minute you’re fine, then the next you’re absolutely pissed off your tits, passed out in your mate’s room, lounge or alleyway, most likely all three.
The secret in Kingfisher’s deception is how easy they are to get down. They’re crisp, light and taste fine, unlike most other higher percentage beers. My theory is that much like a fish is attracted to a lure, skint students see this price, fall for the ploy, and never make the same mistake again. It’s like going back to that hot fresher: yeah it was fun, but they gave you gonorrhoea. Is the risk really worth the pay off? The answer is up to you.

But here’s the real kicker, these kingfishers aren’t even the strongest or the cheapest you can get. The creators of Kingfisher must have had breathers in mind because they made a big fuck off can called “Kingfisher Strong”. Weighing in at $3.50 per 500ml can with a whopping 7.2% alcohol content, this is where the phrase “can of whoop ass” came from. Strongies are a cost-effective way to get rickity-reckity wrecked if you can cope with the hangover that is bound to follow.

In the eyes of this beer, the regular Kingfisher is known as “Kingfisher Weak”. You know that a beer must get people truly rolled if it makes them call a 5 percenter weak. I can attest to their might, as I once smashed back three of these cannisters in quick succession before a BYO. One minute I was with it, next I was in a restaurant with Americans I didn’t know calling me Post Malone and force-feeding me wine through a shoe. King of good times? Fucking oath it is.

Pairs well with: The best darn butter chicken you’ve ever had, wanting to forget that shitty assignment, Post Malone’s “Beer Bongs and Bentleys”.