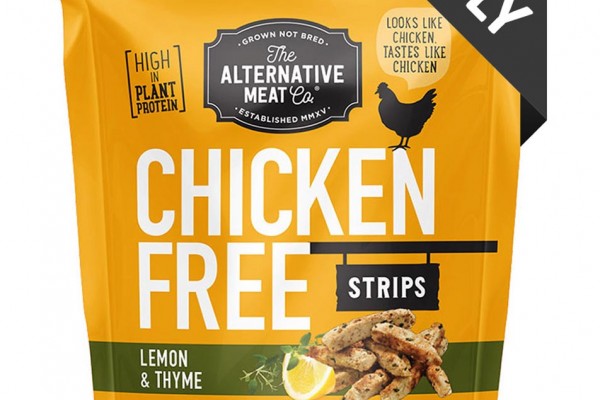 The Alternative Meat Co.’s fake chicken is everything that is wrong with 2018 all mulled into pieces of dense matter that tastes like stale farts and durries.

Upon opening the packet of fake chicken you are greeted by what appears to be recycled pieces of Barbara Bush. But after a careful investigation of the packet it can be confirmed that the Alternative Meat Co.’s fake chicken is vegan, thus containing no ex-First Ladies of the United States of America, much to my relief.

Since chicken sashimi has recently taken off in Japan I thought I would try a piece raw. That was a mistake on the scale of the attack on Pearl Harbour.

Once cooked the texture is altered and the fake chicken takes on the appearance of Winston Peters’ face: that flexible piece of [fake] leather on your shoe that covers the part of your foot where your toes join the rest of it. At least the fake chicken has more integrity than that talking leather shoe face.

It’s no surprise that such an abomination would rear its vegan head in the age of political correctness, pseudo-socialists and private school mothers. The factory in Australia where fake chicken is made only hires two-faced middle-aged wives of rich professionals. As soon as they get going about what Janet Barker’s son did at school the other day, there is no way to shut them up unless they are run over with Range Rovers. Also, the only form of payment these women accept is good grades for their children, making the micro-economic model of ‘private school good grade prostitution’ much more efficient than child labour. This unique manufacturing process is what gives the fake chicken its unique aromas of elitism and entitlement.

It must be conceded that vegetarianism is clearly the only way we will be able to keep terrorising this poor planet with our survival. Yes, we are all doomed to becoming leaf-eating socialists, but please don’t be a pseudo-socialist. By that I mean someone who is opinionated when it suits their image, but really doesn’t give a fuck about humanity, like the Alternative Meat Co. They just want to make money by selling feet-flavoured tofu.

Please God relegate fake meat to the pages of history that someone will read in 100 years and say to themselves “what were those fuck-wits doing?!”

Tastes Like: just straight shit (is it obvious that I was in a really bad mood when I wrote this?).