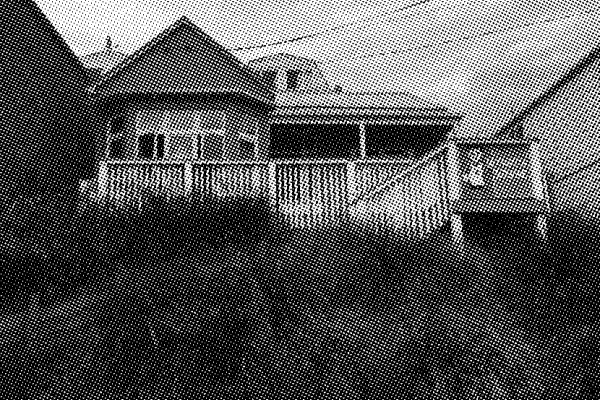 Dunedin Flat Names Project – Where the Streets Have Many Names

Puns, colloquialisms and obscure references to in-jokes are part and parcel of the practice of naming flats in Dunedin. Making reference to the environment the flat is situated in is a common theme with particular issues or features of the buildings highlighted, such as the colour or state of the building, or the surrounding shrubbery. The name of the street itself is a common theme and once this trend begins, it can really take off. There are three North Dunedin streets where this tends to happen on a pretty regular basis, and it’s possible to see a range of both amusing and truly groan-worthy names that reference the name of the street.

Forth Street has a few flats that not only reference the name of the street but have an architectural quality to them: Leaning Forth does jut precipitously over the street below, Fort Forth had a solid and stately sensibility, and Forth Square is a really quality sign that references the 4 Square guy we all know from the corner dairy, more recently reprised and made famous by Dick Frizzell – it’s a true example of the influence of kiwiana on some named flats.

Grange Street has had a few named flats over the years that reflect the name of the street including: Home on the Grange, Grange Street Hooligans and Away in a Granger – this one allegedly an acknowledgement of the block of Christian student flats across the road.

On Howe Street we see the full gamut of signs – Howse of God is a rough and ready stencil; Howe the Fuck was spray painted in red on a black vinyl couch; Howelloween, Howe at the Moon, Howezat!, and To Howe and Back are all large commercial signs created by the property owner; Howe Street Golf Club is simply gorgeous – wooden board with a golfer in relief, mid-strike (go check it out); and lastly Howe Bizarre is a bit fruity – I don’t know whether or not it references that memorable hit by the Otara Millionaires Club from 1996, but I hope it does.

I’ll be interested to see what appears this year and how much further the linguistic depths can be plumbed!