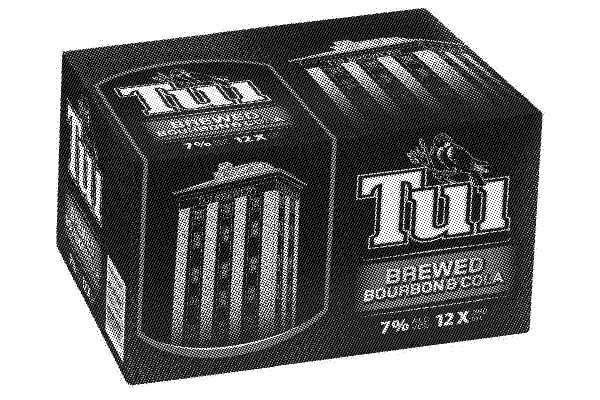 Tui Bourbon and Cola is a Disgrace

Tui Bourbon & Cola is the worst of both worlds. Like combining Andrew Hore with thriving seal colonies. Or Mark Richardson and opinions on anything other than cricket. Or Israel Folau and his opinions on anything. It’s like Mike Hosking, Tony Veitch and Paul Holmes were ground up and mixed into one big mess of shitbaggery. It’s a fucking travesty. I hate this drink more than I hate myself.

The balance is way off. They seem weirdly less sweet than Billy’s or Cody’s, putting a lot of flavour focus on the bourbon, which is unsurprisingly awful. It has a medicinal taste that just makes you shudder a little as it passes your throat. On the other hand, it makes for an excellent beer pong drink, because it gives you a bit of extra inspiration knowing that if you lose, you’re gonna have to drink it.

The brewers that make NZ’s worst beer for some reason decided to dip their toes into selling the worst RTD on the market. Yes, worse than Purple Goanna.

Combining their awful beer with the black substance they’re pumping out now, they’re now covering both urban and rural bogans, plus every other segment of the bogan market: the westies, the rednecks, the guy who dropped out in year 10, the boy racers, the rich inner-city guys who just like cars, the guy trying to fight you on the bus at 4am, the girl who has bleached her hair so many times it’s falling out, the racists, the sexists, Paula Bennett, and of course, the old men in the comment section throwing weirdly homophobic abuse at us for insulting their favourite bevvies.

They come in a box of 18, because of course they do. The dollars per standard are pretty fucking atrocious at $22 for a 12er or $30 for an 18, when you’re only getting 1.1 standards in a can. For the same price per alcohol you could snag yourself a $54 dollar bottle of Jim Bean Black Label or maybe a Jameson 12 year and have an actually decent bourbon instead of this mess of crude oil and children’s tears.

Anyone who drinks these is a fucking moron, plain and simple. With every sip of this you slip further back along the evolutionary chain.

They taste like arse and they burn a hole and a half in your wallet. Elton John has a higher opinion of Israel Folau than I do of anyone who buys this poison.

They feel like a George Gregan last minute tackle in a World Cup semi in 2003. They feel like an Australian accent in any context. They’re literally the foulest liquid to ever pass my lips.

Pairs well with: Punching yourself repeatedly in the head, drinking while pregnant, being a big dumb-dumb.

Tasting notes: Metallic, plastic, medicine. Like going down on some stank dick.

Froth Level: Standing in fire and being surprised when you get dangerous levels of burns (à la Brian Tamaki).