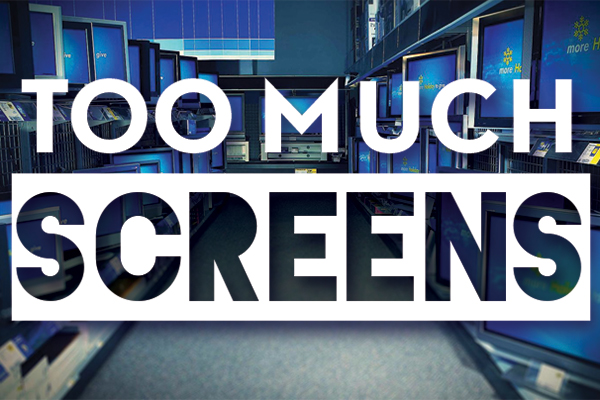 Too Much Screens | Issue 19

Review stars Andy Daly as Forrest MacNeil, a man whose job it is to review life experiences. The context (not to mention the reality) of this job is uncertain. We know that he has a production team around him, and that what we are watching is the finished product, but his family and friends from outside of work don’t seem to know what the show is about. This becomes a problem when viewers write in asking him to review experiences like Being Addicted to Drugs, or Making A Sex Tape, each of which he dutifully does for the good of the show, but to the detriment of his personal relationships.

It’s that sense of duty that makes Review so enrapturing; Forrest gives everything he has to a task of such uncertain value, with the breezy devotion of a TV host. The space-age studio set and classy graphics have a comforting air of authority, recalling a big-budget current affairs or entertainment news show. But every time Forrest walks off the unreal TV set to embark on his next review, leaving through the unglamorous soundstage door (helpfully held open by the same production assistant each time), he’s met by a chaotic, indifferent world. The reviews are suggested by strangers on the Internet, and regularly involve legal and moral transgressions. But with an unwavering sense of journalistic duty, Forrest sets out to undertake and assign a rating (from one to five stars) to any experience the audience demands. He’s aware of the ethical implications, but resolute in his commitment to the audience’s edification. More than just getting at the simplified world of cultural judgement, Review is a portrait of a man with a purpose, with certainty and –eventually – with nothing.

That “eventually” is what pushes Review from just being a funny show into being a terrific, dark, hilarious character study; Forrest MacNeil is not static. The ramifications of each review he undertakes aren’t forgotten at episode’s end. When one stranger tweets Forrest asking him to review “Getting A Divorce,” it sets off a chain of events that calls everything in his life into question over the course of the season. And as Forrest changes, Review changes: getting dark, ecstatic, nihilistic, surreal or hopeful in turn. And at every turn Review is searingly funny, showing us what would happen if a stranger really was as invested in answering our day-dreamt questions, and introducing us to the concepts of a road- rage-inspired “smash-off,” an orgy-inspired “fuck-off” and the perils of space tourism.

In the middle of all that craziness lies Forrest MacNeil, a man of certainty, following his truth-seeking journalistic instincts to the ends of the earth. In that way, Review is about how resolutely we can do the unthinkable if we can find just the right reasons. But because it forgoes the end-of-episode reset button on which escalating comedy so often relies, Review also manages to say a lot about how even the most resolute person can only withstand so much.

Over the course of its first season’s nine episodes, Review takes a hilarious, and unexpectedly consequential journey through heartbreak, self-realisation, and a disgusting amount of pancakes. To watch the whole season takes around three hours, and this is one comedy that really benefits from being watched in as short a time as possible. Watching Review: The full five stars.
This article first appeared in Issue 19, 2014.
Posted 9:16pm Sunday 10th August 2014 by Sam Fleury.