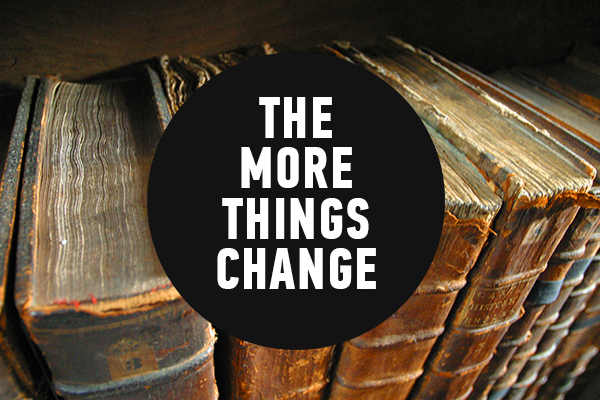 This is a week of memorable stories, some perhaps more so than others.

May 24, 1830: “Mary Had a Little Lamb,” one of probably very few nursery rhymes based on a true story, was first published. Inspired by an incident where a schoolgirl, actually called Mary, took her pet lamb to school with her, it transpired that the nephew of the local reverend was visiting the school that day and was apparently deeply amused by the resulting commotion. Naturally, the young man wrote a poem about it, and the rest is history. One of the more notable features of the poem is that it was the first thing recorded on Edison’s newly-invented phonograph. It is also known as a favourite piece of many young pianists, though this is of some detriment to its reputation.

May 26, 1897: Bram Stoker published the novel Dracula and inadvertently created the modern definition of vampires. Dracula wasn’t the first gothic vampire story but it has become the most influential: it was the first to describe vampires as having no reflections, and was big on the shape-shifting, garlic, and stakes through the heart. People have argued a lot about how much Stoker actually knew about the history of Transylvania and its folklore, but the novel was widely praised anyway. Subsequent film adaptations were fairly well-received, and Stoker also wrote a theatrical adaptation of the novel, but it was only performed once.

May 25, 1977: The first Star Wars film was released, and the world has never been the same. It broke box office records pretty much immediately, but George Lucas was sceptical of its success until he saw the crowds of people waiting to see it, at which point he realised that he was going to be very rich. Star Wars’ cultural influence persists to this day: in 2012, Jedi was the most common “alternative faith” indicated in the census in England and Wales. Even people who haven’t seen the films can tell you the plot and name a lot of the characters (this has been attributed largely to the Internet), but then one of my cousins had Star Wars paraphernalia all through his room and once described one of the spacecraft to me in impressive detail, so the more traditional method of just telling people about it has probably helped Star Wars become the cultural phenomenon it is. Now we’ve just got to wait and see what Disney is going to do with it (predictions vary).
This article first appeared in Issue 12, 2013.
Posted 1:24pm Sunday 19th May 2013 by Jessica Bromell.