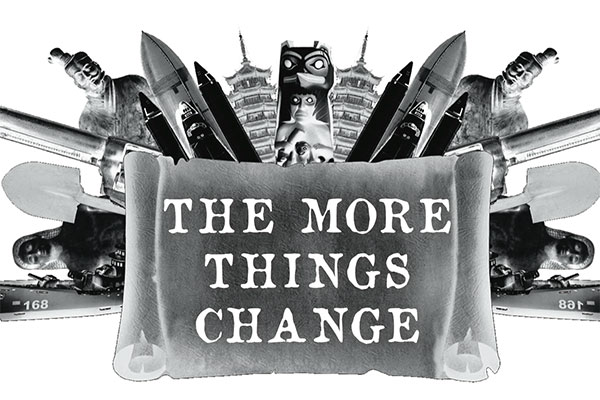 This week a few things go slightly wrong, but most people have good intentions.

August 15, 1040: King Duncan I of Scotland, an otherwise unremarkable figure, was killed in battle by his own men. They had turned against him to fight for his scheming Duke: a guy called Macbeth (yes, the very Macbeth that Shakespeare wrote about, although the play is not exactly historically accurate). It isn’t clear what made Duncan’s troops decide to change their allegiance, but it worked out for Macbeth – he remained King until he died 17 years later, also on August 15.

August 12, 1865: In a great stroke of luck for the patient, Joseph Lister performed the first antiseptic surgery. He put a bit of fabric soaked in carbolic acid on the wound, waited a few weeks, and found that the injury eventually healed with no sign of infection. This was kind of a big deal at a time when surgeons worked under outrageously unsanitary conditions. Carbolic acid is actually fairly toxic so Lister had to stop using it after a while, but the results were probably worth it.

August 18, 1868: Pierre Janssen saw a weird line around the Sun during an eclipse, and subsequently discovered helium. Everybody just laughed at him because they didn’t believe you could detect an element in space before it had been found on Earth. To add insult to injury, someone else saw the same thing two months later and actually got to name the element. They never got to make their voices sound ridiculous, though, so they all missed out.

August 14, 1893: France became the first country to introduce vehicle licence plates, which was very responsible of them. The first plates were made of porcelain on an iron or ceramic backing and must have been terribly impractical, but probably at least looked nice. Licence plates are useful until people steal them and put them on the wrong cars. They also gave rise to personalised versions, which are almost never a good idea.

August 17, 1980: As finally proven last year, a dingo actually did take the baby. The case swept Australia and also reached the rest of the world – apparently there were people in the United States who could quote the line but didn’t know what a dingo was. For all the case has been turned into morbid comedy, it was actually a pretty good example of how media and bias can affect legal proceedings, and showed people that fabric evidence is actually important. It probably raised awareness of dingo attacks, too, which can only be a good thing.
This article first appeared in Issue 19, 2013.
Posted 2:29pm Sunday 11th August 2013 by Jessica Bromell.