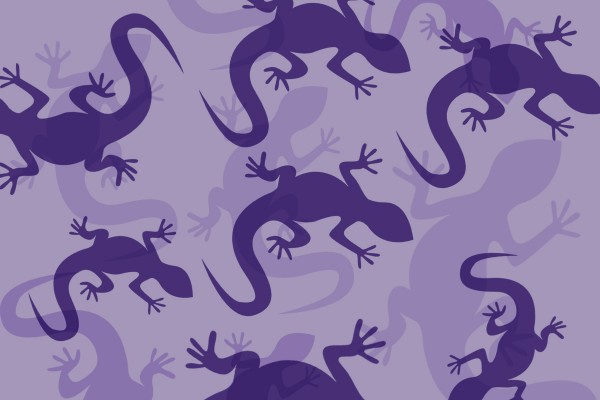 It is difficult to review RTDs because they are all so generic. Unlike beer, they don’t have a certain type of person culturally associated with the drink; unlike spirits, they don’t have a unique or surprising new way of getting people wasted. RTDs are made for the lowest common denominator, average and inoffensive. None of them can be truly good and none of them can be truly bad. Except for Purple Goanna.

Purple Goannas are the most horrific and putrid RTD ever to grace New Zealand’s wholesale liquor establishments. They are unnatural, they are filthy. They inspire a mix of anger, repulsion and fear in those that have experienced them and lived to tell the tale. They are just barely fit for human consumption.

This is also why Purple Gs are exceptional. In the RTD world, the drink that is the most boring and bland version of vodka and juice is king. Purple Gs are an act of defiance to this mediocrity. But, sadly, Purple Gs are dying out.

Purple Gs used to thrive in New Zealand liquor stores. A few years ago, you could walk into all but the most classy bottle stores and see a few boxes of Purple G’s perched in the corner. You would grimace when your mate threatened to buy a box as you walked past them. At parties you could always count on seeing a full can of Purple G sitting on a window sill for an entire night because even the most ambitious drink-thief would not touch it.

But that has all changed. The habitats in which Purple Gs used to thrive are now being threatened by the expansion of invasive species. In the shitty and cold holes of Dunedin where they used to live, Purple Gs are being replaced by blander species of generic RTDs. Where there was once a cheeky purple lizard, there are now the plain and sensible designs of the serious and cynical companies that produce endless variations of the same drink.

It doesn’t have to be this way. Purple Gs were once a vibrant and important part of NZ culture. They filled a niche which, though filthy and ungodly, contributed to the health of the alcohol ecosystem as a whole. Simply being aware that such an horrific drink existed as an alternative served a vital role in informing decision making around drink purchases.

There are a few liquor stores that serve as sanctuaries for endangered Purple Gs. Despite substantial habitat destruction, Purple Gs are an adaptive and versatile beverage. They can be saved. To this end, we appeal that you visit your local liquor store and donate now by buying any box of Purple Gs that you can find. Please, save Purple Gs. Save the filth of New Zealand’s drinking culture.