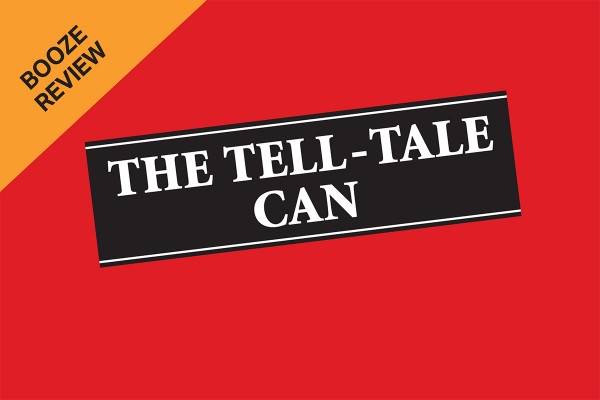 True! I am a thief, but I am not mad, just an alcoholic with a guilty conscience. I found myself out of piss and fairly sober at a party. Across the table from me lay, apparently unattended, an unopened and immaculate DoBro. So ice cold and refreshing, covered in condensation all along its red exterior which pooled on the table beneath it. But I bore no ill will to the hosts of the party, so there was no reason to take it. I was their guest, after all. So I continued my increasingly sober conversations with increasingly drunk friends and attempted to ignore the solitary DoBro.

But from time to time I couldn’t help but glance in the direction of the DoBro. To my surprise it always appeared as cold and refreshing as before, the condensation still glistened and pooled all around it. “Who would mind if I just took one DoBro?” I thought. I was their guest, after all. Ever so slightly I inched my way over to the table. Seven times I made an action as if to grab the drink and watched closely the reactions of every person in the room. No one so much as batted an eyelid. Patiently, calmly and, above all, slowly, I grasped the can and uplifted it from its puddle.

Pulling the tab made a deafening crack, but though I was certain someone must have heard, no one so much as turned their head. I drank the contents. It was cold, impossibly cold. It seemed that the warmth of my body was not enough to heat the liquid as it slid down my throat and rested, freezing, in my stomach. But still I drank fast, wary of the true owner returning and catching me red-can-handed.

Finished, I crumpled the can and stuffed it into the pocket of my jacket. Soon enough I watched out of the corner of my eye as a large man entered the room and headed for the table, clearly in search of something. He found nothing but the puddle where the can had rested. He searched the room suspiciously for the missing can. As he approached me, I was confident that I had nothing to fear. The can was safely concealed in my jacket pocket and he had no reason to suspect me. I greeted him and started making conversation.

But as we talked, I felt a dampness in my pocket. Casually, so as not to draw attention to the action, I moved my hand to the crumpled can in my pocket. It was still ice cold and dripping condensation. I grew pale as I wiped my hand and continued chatting. I had to leave and dispose of the evidence but I found no opening in the conversation to do so without arousing suspicion. The dampness in the pocket increased. Drops began forming and falling to the ground.

I began speaking more loudly as if it would somehow cover up the puddle of water which was now forming at my feet. Still, the condensation continued to spill from my pocket and still the owner of the can acted as though nothing were amiss. It was impossible that he could not notice it, he was simply mocking me and drawing out my guilt! The drips from my pocket hit the ground in deafening impacts. I could take his mocking smile no longer! “Cunt,” I yelled, “it was me, I admit it. Here is your DoBro! Here is the dripping of your cursed can!”