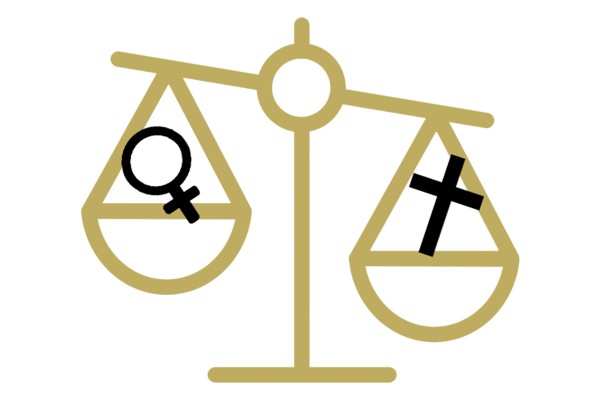 Abortion rights in the USA are in jeopardy, so I called someone who I knew could talk about this from a place of experience: my mum. The rest of this editorial is a transcript of that call.

I’ve experienced all of the reproductive possibilities of what happens when you have a vagina and have sex with someone who has a penis: I’ve had a natural birth, I’ve had an abortion, I’ve had a c-section, and I’ve had a pregnancy that came to term but I had to give away. So I feel like I know what I’m talking about.

I had an abortion almost immediately after having your brother, and it was the easiest decision I've ever had to make. And I’ve never for one second of one minute of one day ever regretted it, or even thought about it, anyway, because our family just couldn’t have supported it. But when I was in my first year of Uni, I had an unwanted pregnancy. I also had an extremely Catholic family, so I carried it to term, and had to give the baby away. Personally, I feel like my decision to give up your half brother was morally wrong, and I've struggled with that for the rest of life. And I would never, ever impose that decision upon somebody else, because it was horrible. But that’s what the Supreme Court is doing; repealing Roe v. Wade would force women to choose between not being able to give a child the life it deserves or giving it away. They don’t have the right to do that - but they do have the power.

This is about control. This is about asserting a certain group of peoples’ religious beliefs and dogma onto everyone else in the country. 80% of our populace agrees with upholding Roe - they may not all agree on the right to an abortion at any time, but they believe that it should be legal at least up to a certain point. This is an example of a minority having power over the majority, in very fucked up ways. It’s depressing, it’s horrifying, and it’s so, so stupid.

Religion has no place in the Supreme Court. I really want to believe in the Supreme Court that RBG was a part of, and that she had so much respect for, even when she didn’t agree with her constituents. I really want to believe that one of the three new Catholic judges could be swayed, but the whole point is that the Supreme Court should be impartial and immune to public opinion. But I’m not sure they’re actually impartial in the first place - they’re fundamentalists. I think that the fundamentalists believe that conception is the beginning of human life, and there’s also a very fucked up belief that a woman’s fundamental purpose is to reproduce, and that that's more important than a woman’s independent rights as a human being.

So you should care about this, even in New Zealand, because the world we live in gets smaller every day. I remember when I was a kid, people used to say “why should we care about what happens in California? It’s so far away from New Orleans.” And now it’s like it’s next door. Even that shooter that we had in Buffalo, he cited the New Zealand terrorist. So this stuff travels, it’s contagious, whether it’s good or bad. The bad tends to be more contagious, though. So just keep talking about it, prevent stuff like abortion and unwanted pregnancies from becoming taboo. Because if we’re not talking about it, it’s a whole lot easier for them to take it away.