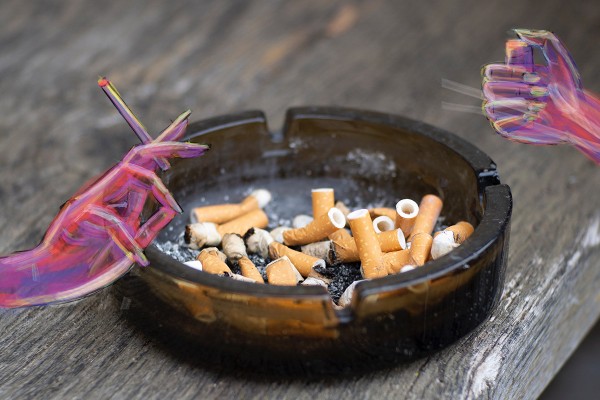 People seem to get strangely sheepish when discussing smoking. Most of us have tried it at some point, but whether or not you’re a fiend for the darts is up for your mum to decide when she smells cigarette smoke on your clothes. There is stigma around smoking, and rightly so. It’s expensive and ruins your body, but yet somehow so bloody good at the same time. There’s nothing like that coffee and ciggie combo early in the morning, or a cheeky dart when out for a drink. While some among us are afraid to digress their smoking habits (you can’t spell tobacco without taboo), we’re here to give an honest review of the best darts you can buy or scab from a mate.

Before we get into this, starting smoking is one of the worst things I’ve ever done. It started as bumming a mate’s smoke while drinking, to buying my own packs for nights out, to becoming dependent on having a dart in my hand at all times. I always thought I had enough willpower and self-motivation to never get addicted. But that’s not how addiction works. I used ciggies as an appetite suppressant and as stress relief. At the end of last year, I was getting close to smoking a pack of tailies every 1-3 days, and I hate to think how much Studylink money I’ve poured into smokes. But while I am self aware enough to know the dangers of smoking and how much it affects my physical health and wallet, I fucking love having a dart because I’m a slut for that sweet nicotine.

That’s just my personal experience and thoughts. I’m not here to police you on whether you should or shouldn’t smoke. It’s your body and your choice, and only you can make a rational decision about it - just make sure you know about the effects it can have. In saying that, here’s a guide to some of the best and worst darts to sink your lungs into. Also here’s the Quitline number: 0800 778 778.

As some of the cheapest darts on the block, quality is something you don’t necessary pay for with Choice. With a filter that crumbles in your hand and an overpowering chemical tang, these darts are not designed for the novice smoker. You have to know what you’re getting yourself into with these bad boys, which only adds to the experience. If you need a shit dart just for the wild head-rush and a chemical burn in the back of throat, then Choice is the way to go.

Flavour notes: Lung cancer, the day before Studylink comes through

Pairs well with: Depression and poverty

Cheaper than the normal Winfield range, Winfield Selects are some of the best bang for your buck when it comes to a cheap dart. Unlike Choice, these darts don’t have the same overwhelming asthmatic feeling when taking a drag. I mean, they’re no Marlboro Gold, but they sure should be up there. These are the classic “need a pack for pint night” darts; you can chuff them back with no stress and wake up feeling like an ashtray in the morning. While these aren’t the best ciggies out, they get the job done to a higher than average standard.

Flavour notes: The feeling before you have a big essay due, fluoride in your drinking water.

Pairs well with: The dart tree outside the Burns Building.

Some of the finest smoking experiences I’ve had were on a pack of Clubs. Although they are seemingly cheap for a pack of darts, the humble Club Blue is a mighty fine dart. Sturdy filter, easy burn, an overpowering hit of nicotine to the lungs - what more could you really want? Clubs don’t beat around the bush; they’re just a simple dart for you to corrode your lungs with.

Whenever I think of the humble West Red, I immediately think of a group of tradies on smoko. Wests are some of the most derelict smokes you can buy, which only adds to their charm. These bad boys are sure to stain both your fingers and teeth yellow with their overpowering nicotine. Smoking these feels like you’re working a minimum wage job at 3am with no breaks. It’s an emotionally taxing smoke. You can taste the self-deprecation with each inhale but, sometimes, that’s what you need.

Flavour notes: A tradie called Mike, the taste of my Dad leaving again

Now we’re getting into the big leagues. Rothmans Blues are some of the nicest smokes I’ve ever had. The filter is as smooth as your legs after you’ve shaved with a fresh razor. The smoke itself is mild enough to not be overpowering, but still hits the lungs at the right spot. There is a smooth blend and consistency in this tobacco that really lends itself to the smoking experience. This is not a throw away dart to chuff when you’re pissed, this is one that needs to be savored.

Pairs well with: A cold gin and tonic with your Tinder date.

Now here’s where things get wild. Dunhill Switch is one of the most versatile ciggies in the game. You feel like switching up the smoking experience? All you have to do is click the filter and it becomes a menthol. You’re literally getting two ciggies in one, what a bargain. The tobacco has a lingering taste of mint even without clicking the filter, which is something you have to get used to. But overall, these are a fine ciggie to chew down.

Flavour notes: How it feels to chew Five Gum, deep throating a whole tube of toothpaste.

Pairs well with: Not brushing your teeth in three days.

This is the 2016 Karen Walker necklace of darts. If you want to truly flex that you’re a real smoker without finding a pack of Camels or Lucky Strikes, then Marlboro is the way to go. If Marlboro Gold is the basic white girl of ciggies, then Marlboro Reds are her flaky boyfriend who leaves her on seen at 3am. Marlboro Reds are not for the faint hearted. They’re harsh, strong, and oddly arousing. Marlboro Golds are smooth, mild, and you don’t feel as bad for finishing a whole packet of them in a day. Although they are expensive; you truly do pay for quality.

Pairs well with: A decent living wage salary, being from Auckland

I always remembered thinking that I would never be a true smoker until I learnt how to roll my own ciggies. Once I made the migration to rollies, I never looked back. If you’re committed to the smoking game, pouches are a lot less strenuous on the ol’ wallet. Plus, you get the ability to roll darts as big or small as you want them. While there are many fine pouches out there like Capstan or Park Drive, there’s something about a freshly unzipped pouch of Port Royal Original that gets me going. The aroma of rum and wine is such a delight on all the senses.

Flavour notes: Rum and wine, soggy filters, a yellow zig zag you found at the bottom of your bag.

Pairs well with: The finest bottle of Cleanskin outside of an Indian BYO, not having to give one to people on the piss unless they can roll.

A sweet tasting ciggie with high coolness factor. Suckin’ on one of these bad boys will up your street cred by at least 12 points, particularly if you remember to pretend to blow smoke out every few minutes. The most disappointing part of Space Men is when you’ve sucked away too much of them to be able to pretend to smoke them anymore and have to throw the whole thing in your mouth, crunch it up, then reach for the packet. Ah, addiction.

Pairs well with: Being the only one in a social situation who’s not going to die of lung cancer.