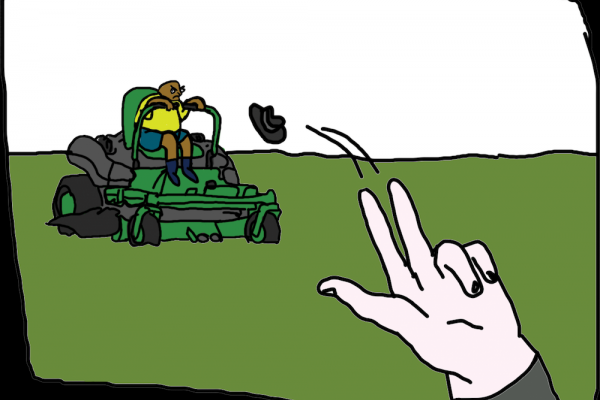 I Wore a Fedora for a Week and It Changed Me

There comes a time in every young man’s life when he must choose who he wants to become. Will he be a shining beacon of success? A piece of shit? A wizened monk devoid of all worldly thirsts? A huge piece of shit? All options are on the table, but it’s hard to know which pool you should dive into until you’ve at least dipped your toes in a little. Otago is a place of acceptance, where people from all over the world come to learn who they are, and try out new versions of themselves (at least for a while). And so, this week, I decided to walk the path of a Gentleman . . . and donned a Fedora.

Day 1: “Do not misunderstand me” 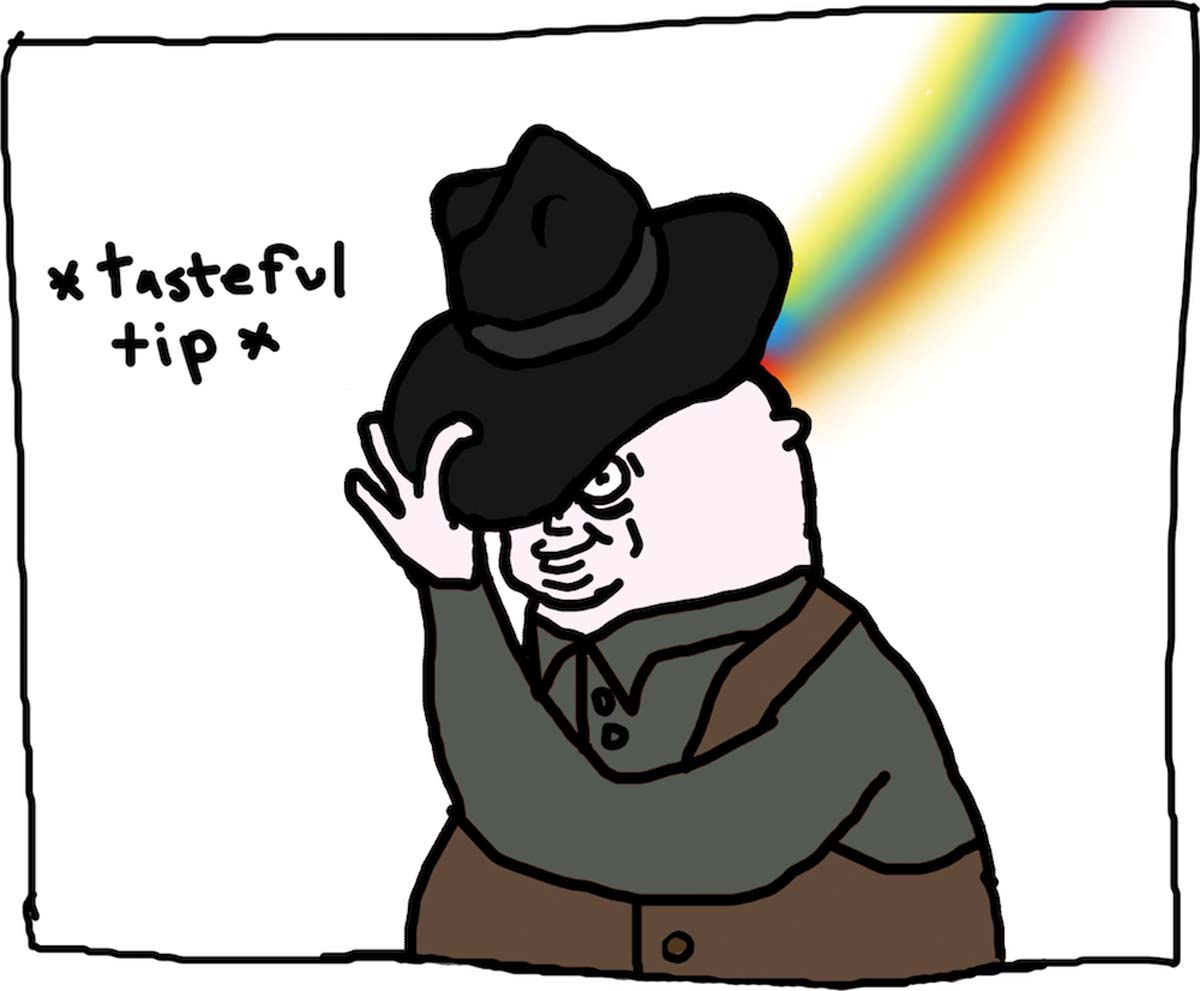 From the 2010 through 2015, the Fedora was an online joke; the emblem of strange and misguided young men . . . but no longer. Enough of this meme, I say, for it is foolish. It is an unfair indictment against an honourable piece of headwear. It is 2018, and make no mistake – the Fedora is indeed back. I intend to brighten people’s days from my very presence (because of the hat). I intend to give a Gentlemanly tip of the old brim, always tastefully, toward those who are deserving of my charms – and only them. Dunedin deserves it.

I acquired the hat in question from a reliable source, who I shall not name because I am a good and honest journalist and man. I sat and thought about the week ahead, anticipating the glory about to unfurl itself from the very brim of my dashing new head ornament. 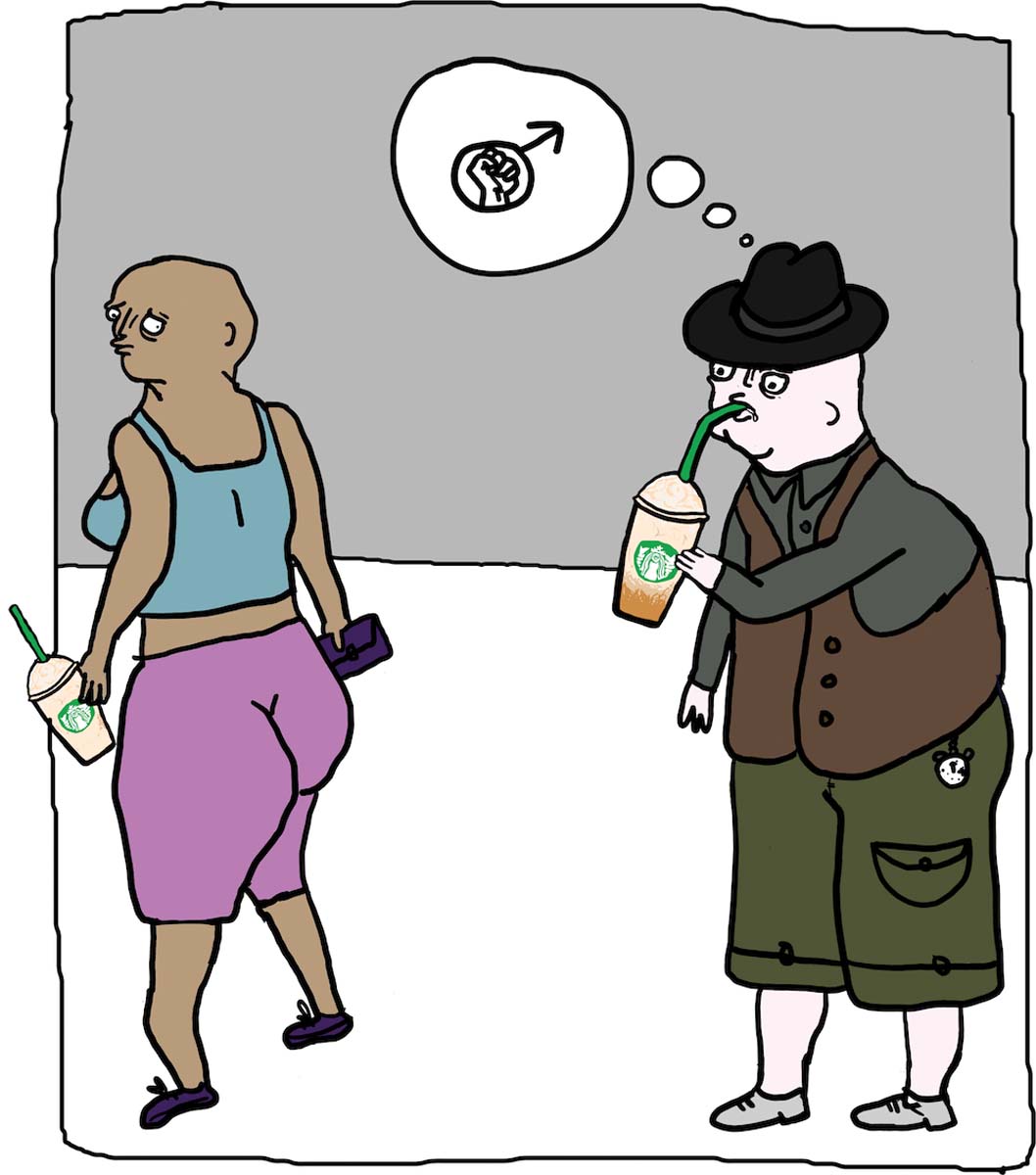 I donned my felty friend and set out towards the centre of town. It felt a little strange knowing I may have been the only one in town to be wearing such a mark of excellence on his or her dome. Who was I to be wearing this crown? Yet did I not feel like a king? I began to think . . . the dress code of a man today is much more limited than that of a female. Yes, women might be judged more on what they wear, but they clearly have more options than I did. As I entered Starbucks, and felt the eyes of the patrons swivel to gaze upon my halo, I could sense the judgement, but remained calm. The Fedora atop my head was a clear diversion from the usual male dress code, I realised. But don’t men also have the right to wear what they want, free from judgement? Yes they did, I realised. Men also have these rights. And I would make it my mission this week to give voice to this issue. Like an activist. For Men’s Rights . . . that had a nice ring to it. 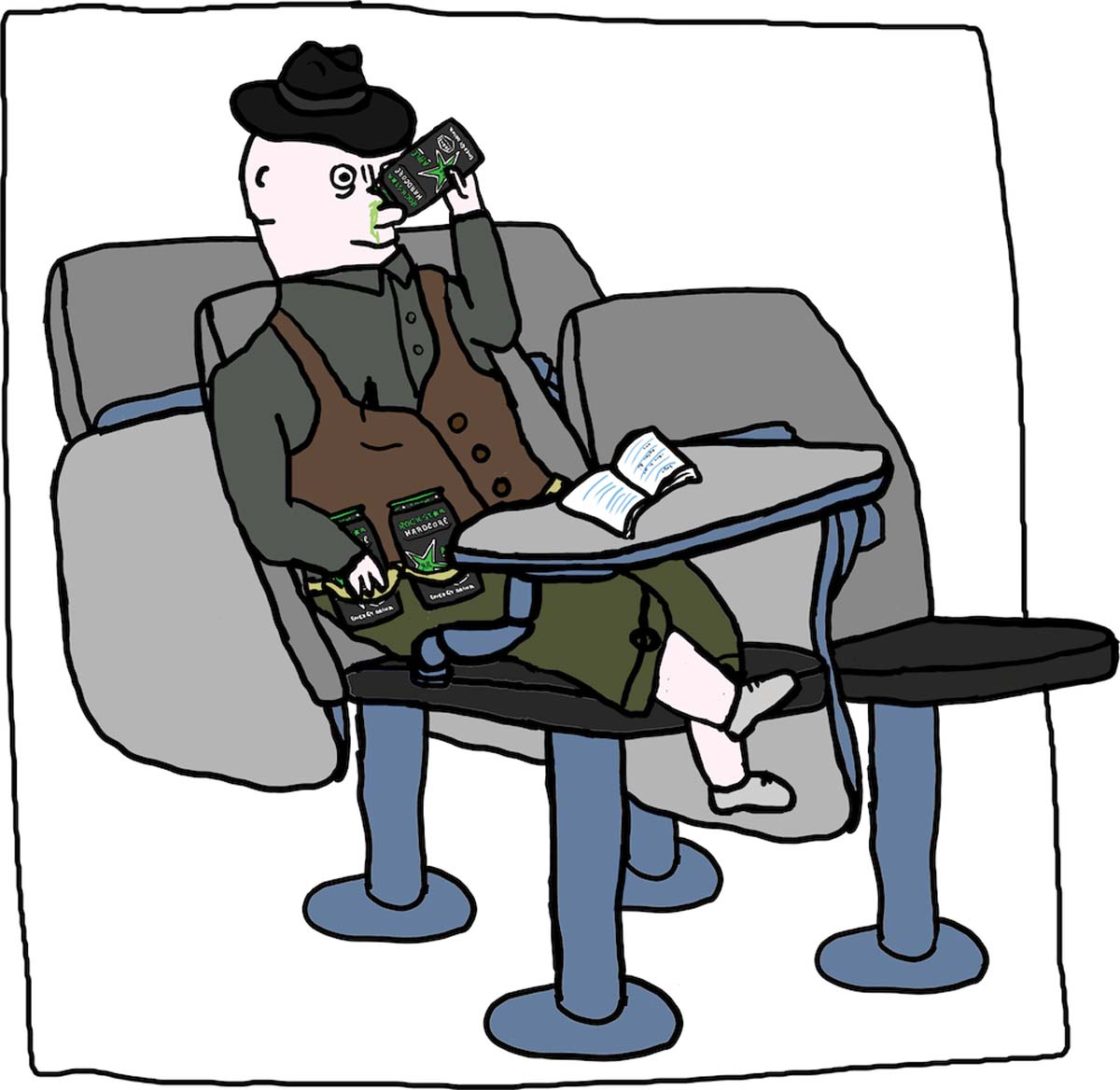 I was beginning to relish the hat and the accompanying rituals of putting it on, taking it off, and so on and so forth. Looking around the small St David lecture room, all I could see was a cesspool of scraggly, naked heads. It was becoming clear to me that hats in general are a greatly underappreciated piece of clothing. I began shaking my own in response. The class was PHIL312, Advanced Logic, and the hatless fools all turned to look when they heard me crack open my can of Rockstar™. I could sense their distaste at my tasting the good taste of Rockstar™ during class. But need I remind them of which class they were sitting in? This is Logic. Logic dictates that I must receive nourishment in order to sustain my concentration. Logic also provides the solution to this problem: that I crack open this tall Boy and sup upon him until my mental faculties are restored to their superior levels. I duly announced this to the class when the room fell silent after cracking my tall Boy, and I sensed they were duly impressed with my logic. For my logic is flawless. 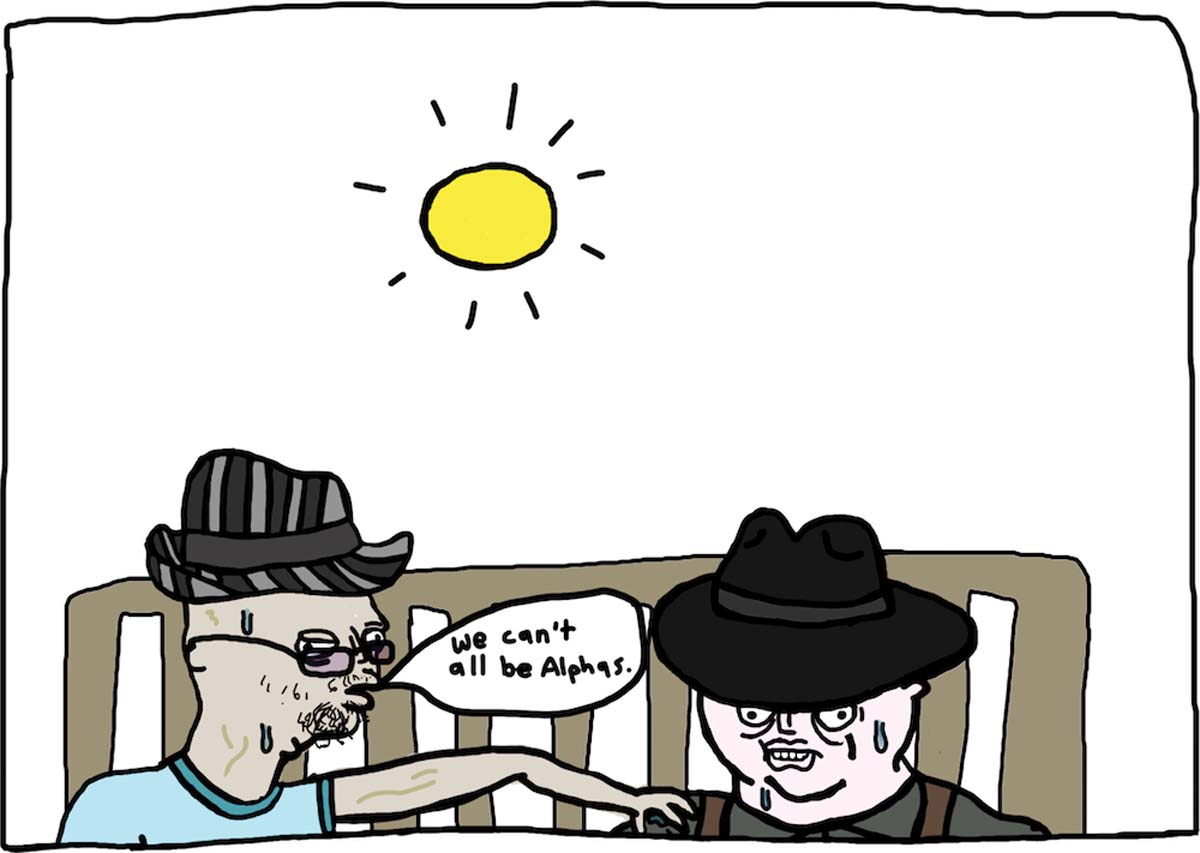 I eventually spotted another member of my new Clan, sitting in that little park by the quad. But I must make it clear that this man was sporting a Trilby, the slightly less honourable cousin of the famous Fedora. We began by complimenting each other on our headwear, and soon became acquaintances. He seemed very knowledgeable indeed. It was from him that I learned about the different types of men: Alphas, Betas, Omegas, and so on (and so forth). I listened eagerly as the good knowledge poured forth from his manly mouth.

“We can’t all be Alphas,” he said after a while. “Only a select group of men in any given population can be Alpha males. I might not appear to be an Alpha male from my appearance – as you can see, I am of a weak stature. And my bones hurt sometimes. But make no mistake: I was born with the brain of an Alpha. I have a powerful and strategic mind . . . but with great power comes great responsibility. I must only use my gifts to benefit mankind, for now at least. It’s up to us to make the world a better place. That’s why I am building an app that ranks “Naruto” episodes based on how much nudity is in them. This is just one of the many burdens of being an Alpha.” 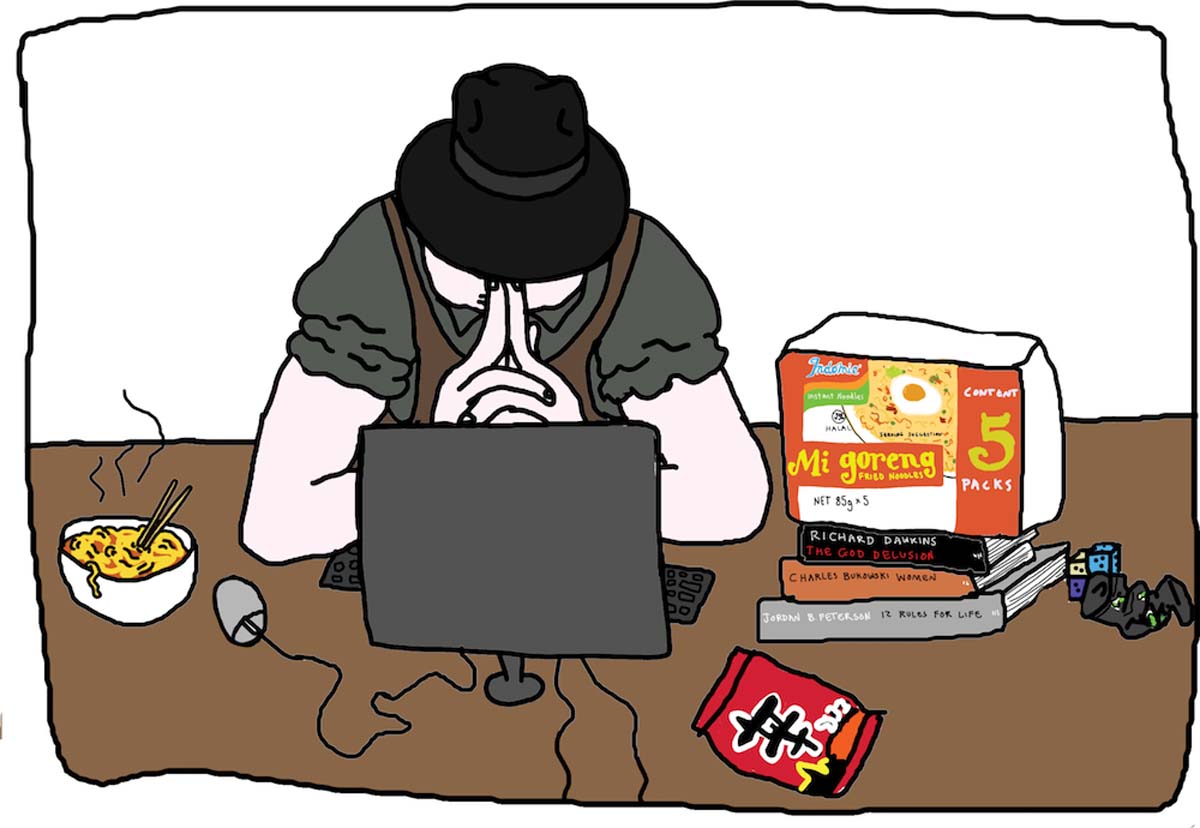 Armed with this good knowledge, I decided to strike out into the world, and help create positive change for all mankind.

I returned to the safety of my rented bedroom, or as I would soon call it, my memequarters. I then opened up several Facebook meme pages and began scanning with expert precision; too much frivolity, I thought, not enough action. I quickly began crafting memes the likes of which the New Zealand enclave of the internet had never seen. For memes are an indeed a craft – an art, if you will. I had at least 12 hours’ worth of instant noodles ready to go – I was in it for the long haul. My goal? Political revolution. New Zealand, as I learned the day before, is what is known as a ‘Libtardtopia’. The old ways and traditions are finished. Literal babies are allowed in the Chamber of Parliament now. Pretty much the only adult in the room is ACT’s David Seymour. He knows about the good kind of economics and et cetera. He’s a shining example of an Alpha, but he’ll need all the help he can get. 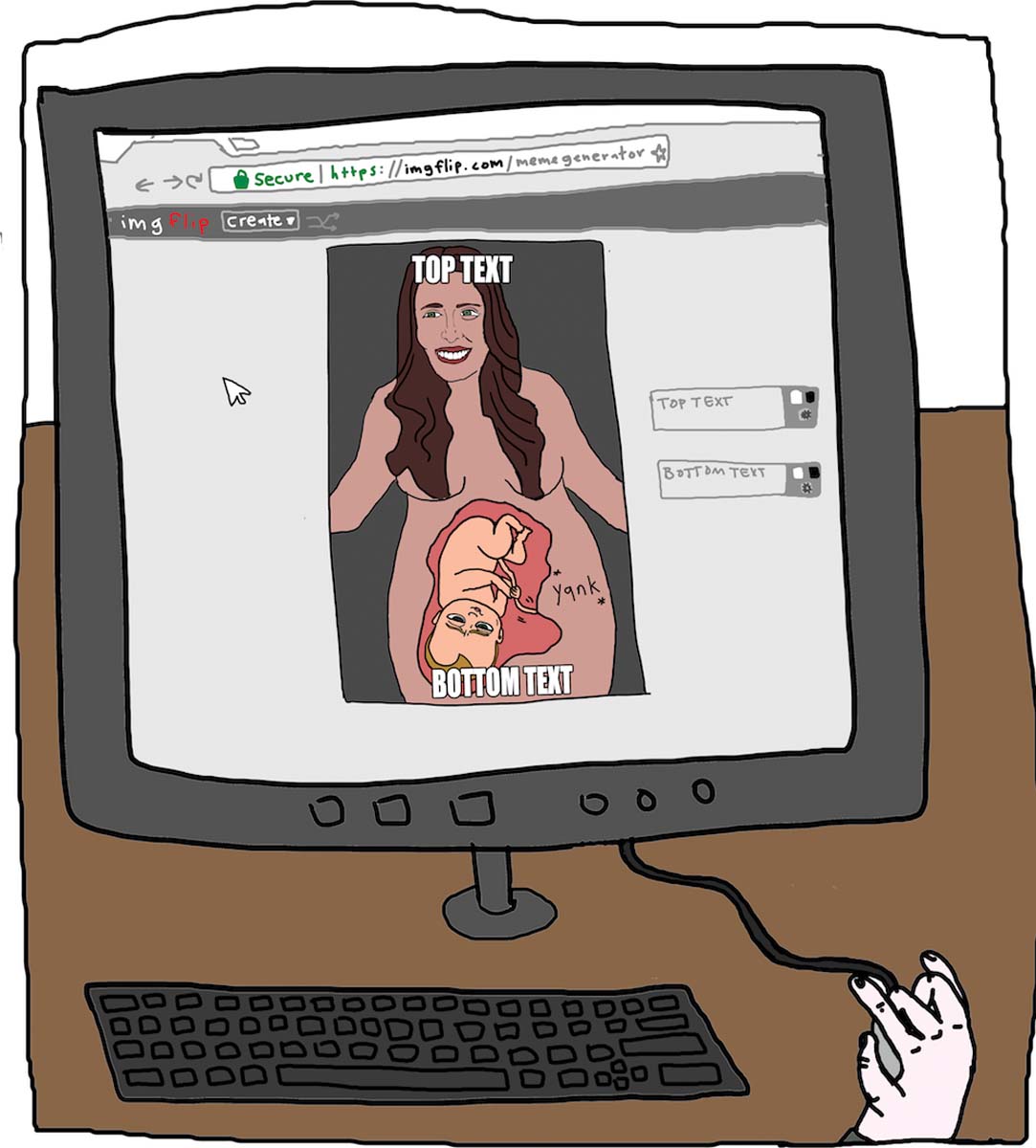 I was banned from most of the New Zealand Facebook meme pages for posting “offensive material,” (my good memes), but I’m not mad. My account was reported by an unknown number of cowards who could not handle the Truth (memes). In the end, I only managed to build three memes of publishable quality before my operation was shut down. The one that did it was probably the one about the boss baby from the movie “Boss Baby,” controlling our Prime Minister from within her own womb, to mischievous and disastrous ends, or maybe the one about the #metoo movement being a witch hunt. I’m not mad. I only spent a few hours on them. Facebook is a bad website anyway, I barely even use it. I’m actually not mad.

Day 7: “My Reflection; beneath the Hat” 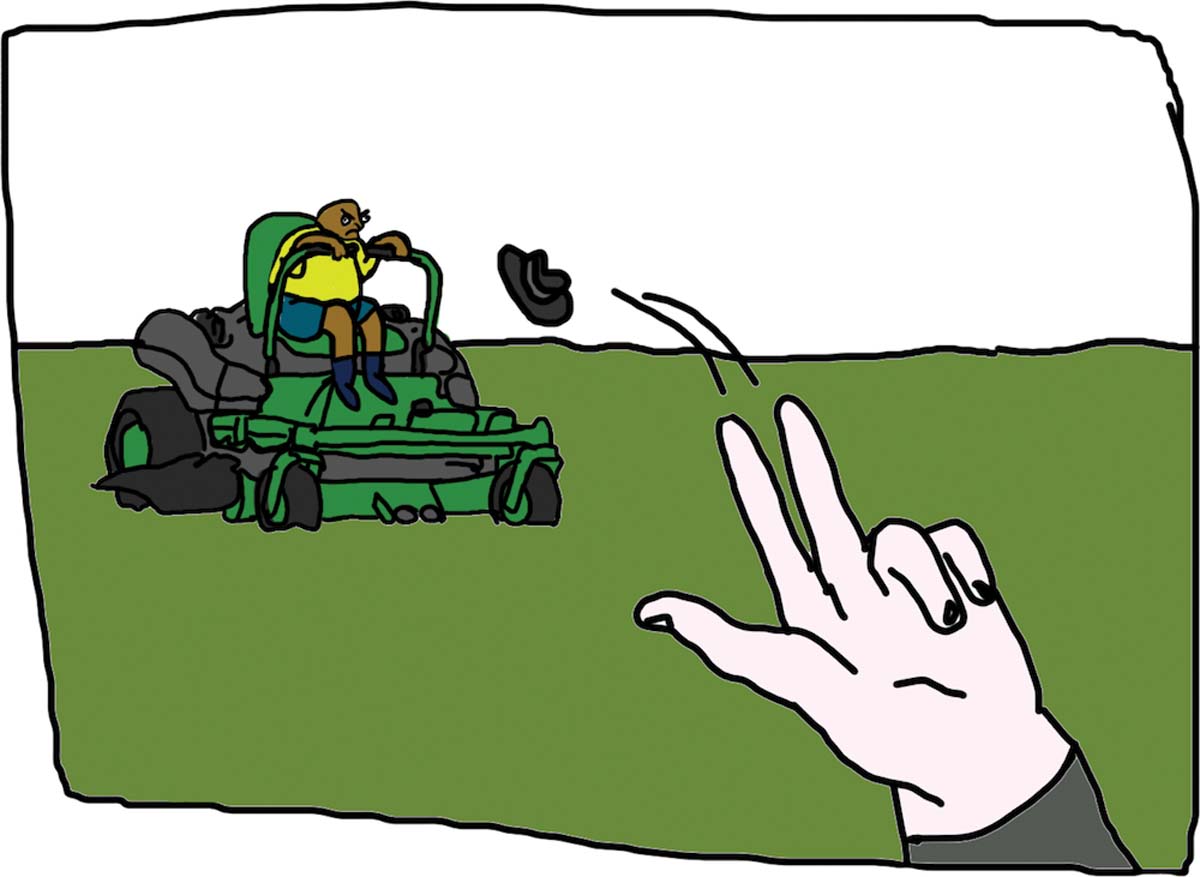 I began the final day of my Fedora week with a quick hat inspection; no lint, no stray fibres,
everything looking sharp – razor, katana blade sharp. I took a stroll around the desolate Central Library. It was a Sunday again, so I had ample time to ponder the week’s events . . . and what a week it had been. Setting out, I’d hoped to become a more chivalrous, gentlemanly influence, and surmised my ticket to realising this goal was the good hat. But I’d been wrong all along . . . not about the gentlemanliness of the hat – that much is undeniable – but about the suitability of the wearer. Not everyone is meant to wield such a hat. Like a certain Alpha once told me, there can only be so many in a population at a given time. Only so many Alphas, so many gentlemen, so many heroes walking amongst us – seeking to better mankind. And I wasn’t one of them. I cast the hat into the path of one of those big ride-on lawn mowers near the student union, but the driver swerved to avoid it, and started yelling at me so I speed-walked the other way, out of fear.

My week was finished. If you see the hat please hand it in.