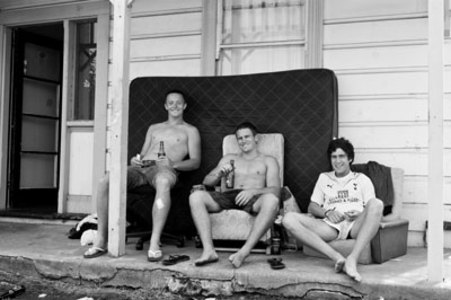 Most Freshers look like confused puppies as they wander eagerly through campus, giggling loudly about getting OTP and the guy on their floor they pashed last night. It’s the point when freshers still think that their law degree will make them successful, rather than drain their soul, and that doing Health Sci will make them a doctor. Here at Critic, we know it’s tough moving to a new place, especially when everything’s a Southern Gold Haze and you get fed dinner at 5 p.m. Luckily, strangely coherent ex-scarfie Josh Hercus answers all the questions you need to know, to help you survive in the hall and beyond.
Q: What is there to do around here?
A: Drink, have sex and Facebook stalk. You’re in Dunedin, not Disneyland.

Q: Is the workload going to be super hard in first year?
A: No. Unless you’re doing a limited entry course. First year isn’t going to be like NCEA where you can re-sit your critical assessment of The Very Hungry Caterpillar as many times as you like. That being said, as long as you’re not too stupid/lazy, first year shouldn’t cause you that many issues.

Q: What is up with the weather here? It changes five times a day!
A: The weather in Dunedin changes faster than Tiger Woods changes sexual partners. It’s just as sneaky as he is too. In the morning you’ll go to a lecture with the sun shining and not a cloud in the sky. When you emerge an hour later, you’ll be greeted with more precipitation than a fatty in a sauna. Get used to it since this is the ‘good’ weather before winter hits...

Q: Is it ok to sleep with people from my hall?
A: Of course! Screwing the crew is a bit more risky in a flatting situation but if you’re in a hall go nuts. Let alcohol act as social lubricant and sleep with as many people as you can – it’s the New Zealand way. Godspeed sex beast!

Q: Where are some good places to go in town?
A: Because you’re new here, I’ll let you in on a little secret. Monkey Bar and the Captain Cook Tavern are by far the best bars in Dunedin! As a fresher, you have no reason whatsoever to venture any further out than Monkey Bar. They’re just that good. If anyone tells you to go to the Octagon, don’t have a bar of it. It’s a trick all the older students tell the freshers.

Q: Why am I so annoying?
A: That’s a fantastic question. It can probably be attributed to your juvenile ignorance of most things, your inability to handle your alcohol in any shape or form and your disposition towards talking about mindless boring shit as loudly as possible. Others argue that it’s just your stupid little dorky faces.

Q: What is the ‘Fresher Five’?
A: It’s a slang term for how much fatter you’re going to get. In kilograms of course. There’s no way to stop it. The combination of intense drinking, large portions of hall food and no mummy or daddy to keep you in line means it is inevitable that you’re going to put on some pudge. Embrace it! After all – it just means that there’s more of you to love, right?

Q: Where do I go to burn couches/have a casual riot?
A: You’ve arrived a bit late for that, young delinquent. The Undie 500 is long gone and trying to burn a couch will get you rapidly kicked out of uni. If you wanted to come to uni just to have a riot, might I suggest you enrol in the University of Cairo. They have regular stone throwing competitions and mass group sing-a-longs. I think there’s, like, a revolution or something going on too?

Q: How do I become a scarfie?
A: The dress code is stubbies, jandals and a wife-beater shirt. But being a scarfie isn’t just an image – it’s a way of life. You want to study something useless, like marketing, and make sure you don’t get higher than a C because you have far more important things to do. Like drinking a shitload of piss! When I say ‘a shitload of piss’, I mean, even more than grandpa drinks on Christmas day. Drink it as fast as humanly possible and always remember to yell like it’s an emergency when you talk, cause fuck it, needing another beer is an emergency, right? To top it off you need to cause as much damage as possible. Just absolutely fuck the place up and smash your bottles everywhere. Most importantly, sleep with as many members of the opposite sex as you can.

Q: What should I do if I get homesick?
A: Harden the fuck up you pussy! Rather than crying in your room and singing about your feelings, why don’t you go out and get wasted and find yourself some raunchy lady-friend? It doesn’t matter if you’re a girl, go and try something new!