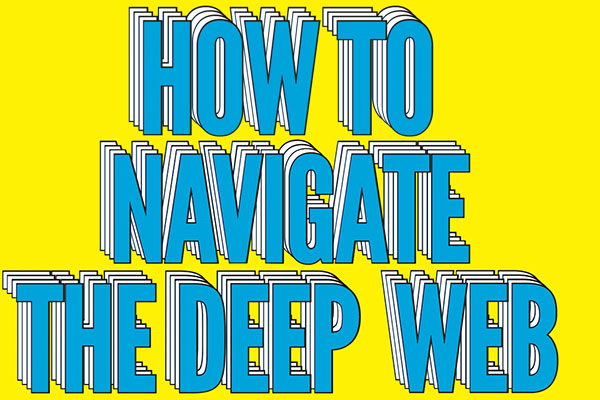 How to navigate the deep web

With Edward Snowden, the NSA and Bitcoin all gaining popular attention recently, you are almost certain to have heard of the “deep web” by now: the huge, anonymous mass of the Internet that you can’t reach conventionally.

Whether you see it as a network for human traffickers, a threat to national security, or just a really powerful tool for keeping your activities private when you’re online: you need to know how to use it. So without further ado, here is Critic’s guide on how to navigate the deep web.

Strictly speaking, the “deep web” is anything on the Internet that can’t be indexed (or found) by standard search engines – it’s the opposite of the imaginatively named “surface web,” which includes everything from TradeMe to the Critic website. To start getting your head around this, it’s important to understand that the Internet is best visualised with that clichéd metaphor of an iceberg, wherein the invisible, sub-surface mass of it is significantly larger than the accessible, top part. But in this example, while an iceberg is hiding 80 – 90 per cent of its volume, the Internet is estimated to be hiding as much as 96 - 99.97 per cent of its content.

Considering the power that this secrecy inevitably lends to whistleblowers and journalists – think what you will of them both – the irony is that the US Government is credited with building the beast back in the 90s as a tool for the likes of the FBI and law enforcement. More irony is evident with the fact that the US is known to have trained foreign political dissidents, typically living in dictatorships, to use it for the purposes of tactical Snowden-like information leaking. Fantastic move.

The creation of anonymous crypto-currencies such as Bitcoin can also be credited to the deep web. Although it is often claimed that their existence is because of a loss of faith in traditional finance, the philosophy behind them can be credited almost entirely to a desire for finding an online payment method that could be as detached from any one person as the other tools being used. If you’re not familiar with it, Bitcoin is a virtual currency that can be “mined” by computer algorithms. There will only ever be a finite amount of bitcoins that can be mined, and the mining algorithms get more and more complex as this peak amount comes closer to existence. The idea is that it’s a virtual return to the “gold standard,” the difference being that the currency never needs to be associated with any name, if necessary.

Dive in the deep end

Anonymity is a rather cyclic key to the deep web, for to access the anonymous material, you must be browsing anonymously. And to browse anonymously, you need special software.

The only item on the list is a specialised web browser. The main one is called Tor, and is readily available from the surface web (torproject.org). Once this is downloaded, using it is basically as easy as standard web-browsing. But what is Tor?

The Tor browser directs all Internet traffic through a phenomenally huge worldwide network of more than 5000 “relays,” or routes, and in doing so almost completely eradicates (or, at least, covers up) any chance of a user’s location or identity being traced. If that wasn’t enough, there is an extra layer of security built on top of that called “onion routing.” Onion routing uses several layers of encryption (think Shrek: “Ogres have layers … onions have layers”) to further shroud in anonymity any data transfer – it encrypts such details as IP addresses several times before randomly running it through successive Tor relays, each of which will unencrypt one layer of the onion and eventually deposit the information back to the user. The network itself doesn’t even know where the information is coming from or going to – let alone a search engine or even the most genius Government official. If this seems confusing in writing, that’s because the whole point is to make the process difficult to follow.

Once you’ve got Tor set up, well, you’re basically ready to go. Seriously, it’s as easy as installing Chrome, and you can settle for just doing all the same stuff as you usually do (except in complete privacy) if you want to. The only real difference if you do so is that the computing behind it is so much more complicated.

But if you want to explore further, which is highly recommended for reasons of general interest browsing (don’t do anything illegal – Critic wants you safe), the next step again involves onions. You’ll soon notice that a lot of deep web addresses end with a “.onion” domain – meaning that information goes through the process described earlier. For the most part, these domains mean that you need the right software installed – and considering the effort that goes into hiding these sites, it’s not surprising that they hold the most interesting content. Such web addresses are made of obscure 16-character auto-generated “hashes.” For example, the most recent version of The Hidden Wiki (detailed below) is kpvz7ki2v5agwt35.onion.to.

Speaking of which, you will certainly want to know about The Hidden Wiki – a .onion website that features Wikipedia-type articles and a huge collection of links to others. The Hidden Wiki can be found through a standard web search, and the range of sites listed on this site alone is huge; it should provide hours of surfing entertainment as you scroll through links from “TOP USD Counterfeits” to “Original UK Passports” before you need to even consider casting the net wider. But eventually you will want to spread your wings, and that’s when the next examples come in to play …

It's a wild world down there

Technically, anything from Expedia searches to your Facebook login screen are part of the “deep web” because search engines don’t index them. However, the true excitement lies behind those .onion links. Here are a few of the top examples.

The most well known site that you’re not supposed to visit on the deep web is the Silk Road marketplace, also known as “the eBay of drugs.” It was shut down about half a year ago, but was back up and running as strong as ever a few months later.

Boasting a reported 97 per cent success rate, Silk Road will deliver almost anything in an untraceable package only a few days after you place an order. The website’s even built like eBay – with individual users receiving feedback ratings from buying and selling. When your anonymity as either type of member is completely guaranteed, these feedback ratings have even more importance than on other sites – otherwise, it would be a no-brainer for many people to scam shoppers. As you would expect, the vast majority of products for sale are considered illegal in most places – up to 70 per cent of products are, in fact, “illicit” drugs. However, the rest of the site includes art, apparel, cigarettes and erotica, while it bans the likes of child pornography and weapons of mass destruction – both of which are available elsewhere down this rabbit hole. Basically, it’s just the sort of e-commerce site that 4:20 protesters would run – albeit much, much larger.

In fact, the Silk Road is alive and well in little old Dunedin, with students ordering products under fake names and collecting them several days after delivery, just in case it’s being tracked. Having said that, Critic understands that small quantities are largely considered to be safe.

As mentioned above, you can also hire a hit-man (or woman – you’d hope such defenders of liberty would be past gender-defined roles). There are even differing prices on a hit, ranging from (on one of the cheaper sites) NZ$40,000 for an “ordinary person,” to NZ$400,000 for a “business associate.” The price for your spouse, however, you’ll have to get a quote for – naturally, this depends on their job and social status. Interestingly, there is enough demand for these services that there are two competing top sites – the Google and Yahoo of hired assassins, if you will – called White Wolves and C’thuthlu, who both claim that “dozens” of assassins frequent the sites daily, maxing out in price at a whopping NZ$18 million for “high politicians.” If we weren’t already, Critic is now petrified of both money and power.

It therefore makes perfect sense that you can buy your own weapons, too. Euroarms is the go-to site for these; however, ammunition is sold separately – which is a confusing precaution considering how this site already sells AK 47s to unlicensed, unidentifiable Americans.

Or are you more in need of money than death? Well, with the ability to purchase other people’s credit card information, it shouldn’t be hard to turn a small down payment into free rent for a year. On the site called Atlantic Carding, users are guaranteed “credit card information with high validity rate > 95 per cent,” with details for the ultimate, “infinite” credit card coming in at less than NZ$150. Perhaps you’d prefer something just as fraudulent, but seemingly less so? The answer, in this case, would be betting on fixed sporting matches – the results of which are also supposedly available for purchase.

This dark recess has some other pretty fucked up things, as you’d expect. You would already assume that there’s child pornography hanging around down there, and you’d be right, but there is also the “Human Experiment,” last updated back in 2011, which claims to “illustrate several experiments that are being conducted by our group on human subjects.” Already, this should be setting off alarm bells – if this shallow description isn’t hiding anything, then there’d be no need for cloaking the site. But it continues: “The people chosen for this range of experiments are usually homeless people that are unregistered citizens.” What follows is a list of experiments that sound like they came out of Saw or a crazed Nazi surgeon’s journal, such as “starvation and water/fluid restriction” and “neonate and infant tolerances to x-rays, heat, and pressure.” The site explains that laboratory tests are carried out at hospitals, with results “carefully dispersed” under real patients’ names “so as not to arouse suspicion.” Bodies of the dead subjects, if you were worried about them, are assured to be “dissected and disposed off in dumpsters of meat shops where [they] will not be found.”

Coming up for air

The biggest issue with the deep web, as you may’ve guessed, isn’t the myriad of marginal and illegal goods and services available; it’s that no one is ever really held accountable for their actions. It’s very concerning, considering human nature as it is, that the world has given those selling nukes and child pornography a place to hide. But with there currently being only two extremes in how people can use the online world (by traditional means, whereby everything should be considered public, and by the deep web, where nothing is) the pros and cons of both must be considered on the same set of scales. In the ideal world, the future would see an Internet that lends total privacy, all the while holding wrongdoers accountable – but it doesn’t take a doctor in formal logic or the US and its omnipotent “amendments” to point out the oxymoron here.

With the deep web gaining lots of public attention recently – think Time cover stories and weekly news flashes – it’s sometimes hard to kid yourself that this phenomenon is that secret after all. But it’s the underground nature of it that really rules supreme. Ultimately, the whole Internet is just one huge archive – the secret is in finding the keys to the locked cabinets.