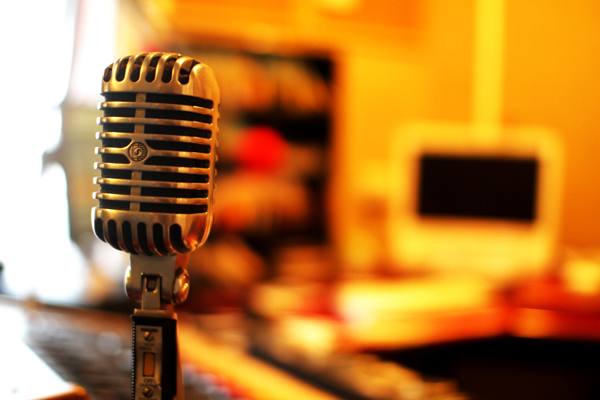 The need for alternative radio

Lets face it, listening to mainstream radio feels more and more like getting Rick-Rolled. An alternative is vital, both for your sanity, and to maintain any sense of culture in society. Threatened with sale last year, Otago Uni's other student voice - Radio One - has come under a lot of fire. Critic's Zane Pocock delves into what alternative radio means to New Zealand, and why we should continue to foster it.

Not Just For Hipsters

Alternative radio sources like Radio One are commonly perceived as fostering the pain-in-the-arse “I liked them before they were cool” sorts of people. But it’s so much more than that. Radio One totally got me this year when I heard them playing “Gin n Juice”. But it wasn’t Snoop Dogg’s version. It was the banjo-infected country remake by The Gourds. Now, I listen to a lot of music - partly due to the fact that I play five instruments - yet this, without a doubt, was my listening highlight of the year.

Sean Norling, station manager at Radio One, says that the role of alternative radio is “to promote regional, national and international music that other commercial networks or stations won’t promote. It generally gives a platform for those kinds of acts that are emerging, ascending and gaining local popularity. It’s the stepping stone across to the mainstream.” Norling says the 2012 Orientation line-up was a good example of “a long list of artists that would have got their chops off the back of alternative radio. The paradox is that those artists wouldn’t have enjoyed the support of the mainstream radio stations until they were mainstream.

“So your Shapeshifters and your Homebrews need us in the mix to gain that popularity. We tend to pick those bands early on, when people don’t know them from a bar of soap, and we believe in them,” says Norling. It’s too risky for commercial radio to spot this talent, but sources like Radio One champion it. “I think that’s the most important, primary role of alternative radio: To champion that underground, emerging music scene, particularly in NZ, and get it to the point where it’s recognisable to a really cool bunch of people. Then through that network of listeners, that manifests in bigger live shows, and those artists essentially become household names a few years down the track.”

As for the attraction to listeners? “We’ll keep them on the edge of their seat with emerging forms of music and emerging artists. They’re ahead of the curve, basically. So, if they want to listen to the sound of now as opposed to the sound of a couple of years ago, they need to be listening to alternative music platforms. Commercial radio will play a few things lots of times. Alternative radio will play a lot of things a few times.” It’s not just about the music, either. “We’re a student radio station as well,” Norling explains. “We have the job of giving a voice to the academic part of the university which, let’s be honest, you’re not going to hear those messages and themes on commercial radio stations. Music is one thing, but the more talky content as well is a very important component of alternative, independent radio.”

Graeme Downes, Head of the Music Department at the University of Otago, is the singer, guitarist and founder of The Verlaines. They were at the forefront of the 1980s emergence of Dunedin Sound – a style of indie pop championed by Flying Nun Records – and the emergence of this genre coincided with the birth of Radio One. Downes says that the role of alternative radio is “venturing to give a voice to anything remotely new, as opposed to being happy with ever the same – which sometimes the new is as well.” For The Verlaines, it got them “audiences big enough to finance making albums and touring Australia and the US. Without that support and exposure, we would have gone nowhere and probably given up. It is that simple.”

With the birth of Last.fm and Pandora, it’s a common speculation that radio will more or less be squashed by online sources. But the way Smyth sees it is that although “online is an important a part of the music and broadcasting eco-system … it’s not a case of either/or... It’s both. These days, it’s all about multiple impressions on multiple platforms. Besides, any radio station worth its salt is simulcasting online.” According to NZ On Air’s research, “radio is still the place where most people discover new music and where most people still get their daily music fix. It’s true that radio’s power and influence is reduced these days, especially with younger demographics, but radio will always have its place, in my view.”

Downes agrees that radio is supplemented by online sources. “Youtube allows amazing access these days at no cost. Students more savvy than myself can find almost anything in one format or another on the web. But, as was the case with a student last week and a rare Randy Newman song, they would not have gone looking for it and succeeded in finding it unless they knew it existed (prompted by my knowledge of its existence).” Downes says there will always be a need for culture filters who put in the hard hours of searching for things that maintain some cultural value, “so that others don’t have to wade through the dross and the rightly-consigned-to-the-dustbin-of-history. Cultural gatekeepers who manage to establish a bond of trust with a wider audience will probably always have a place in this regard. Whether it be radio in its current format or some other technology, who knows.”

Norling points out that “the rise of the bedroom artist has given rise to a lot more music. If anything, it makes our programmers more discerning about what they’re picking. But the reality is that we have to move with the digital age as well. So things like podcasting are really important to us – that we have that dual media output. The industry is moving along with the digital age; it’s another kind of output that definitely has some value and that will become more of a primary focus as more people consume music online as opposed to their car stereo.”

On the same note, Norling also recommends streaming other alternative radio sources, such as college radio from the US, “which has had its fair share of trouble as well. They’ve had commercial operators come in and sweep up their licences, and they’ve had their programming replaced with religious or classical content which has really taken the frequencies of the students out from underneath their feet. But stations like WFMU in New Jersey just run an amazing free-form programme, similar to us in its playlist culture with a lot of genre shows. Then you’ve got a lot of amazing, unusual, contemporary alternative music as well that they splash through. I’m a big fan of streaming those types of stations.”

The biggest element of Radio One is support of local music, and local bands know where to go to have their music play-listed. But Radio One is “definitely proactive as well,” Norling says. “So if we hear things, if we’re in the venue when that band is playing their first show and we spot that potential, then we like to pursue that, flush singles out of them, support them any way we can because local music, for us, is of primary importance. We’ve been around long enough for people to know that if they have a piece of music which isn’t a polished 3-minute-40 pop song, then we can see past the superficial, listen to something on its merits, and give it airplay when other stations wouldn’t.”

They help local musicians through live events, too. “We definitely play it, but then we’re very down with it … We ran a series this year called the 91 Club, where we will get out-of-town bands to rub shoulders with hot local bands, so there’s that cultural exchange that happens. Things like unabridged live-to-airs will give bands some slots to do their thing, booking it with a talking piece and let them go for it. That kinda thing doesn’t happen on commercial radio.”

Smyth concludes that “in the context of the NZ On Air music reforms of the last 12 months or so, alternative radio is now more important to us than ever.” These reforms are about greater diversity, both in terms of the music that they fund and the platforms for delivering that music to the audience – on radio, on television and on line. “We believe that student radio, as the backbone of alternative radio in New Zealand, is essential to the music life of the country. It is vital that the commercial is balanced by the alternative to create a healthy music culture and music economy.”

Norling reckons that “the threat of sale really consolidated our listenership and forced people to get behind us, because I think that kind of institutional knowledge can go out the door in an association like this. It’s looking at the cost of something but not really working out the value of something.” Radio One has been around for 27 years, and are one of the last true-blue student stations in NZ. They’re still on campus, and they still have 75% of their volunteers as students. It also enjoys a good reputation, not only in the alternative networks but in the mainstream ones as well because volunteers frequently go on to be anchors on television or national radio.

“I would love to see us be here forever,” Norling concludes. “It would be a very cruel thing to say ‘well, they cost a bit of money because they’re not a commercial enterprise.’ But Radio One exists on a non-commercial licence so therefore we have to source funding, and people get twitchy about the amount of money something costs. We’re relatively inexpensive, we’re efficient, we’ve been through austerity measures already. We run a pretty tight ship. But personally, the thought of Radio One not being around really pains me, to be honest, and I think that’s going to be very bad for the local music scene. You’d expect a dip in things like attendance numbers at shows, because they’re not going to get promoted. That’s our job. We’ve got to stick around.”
This article first appeared in Issue 12, 2012.
Posted 7:58pm Sunday 20th May 2012 by Zane Pocock.