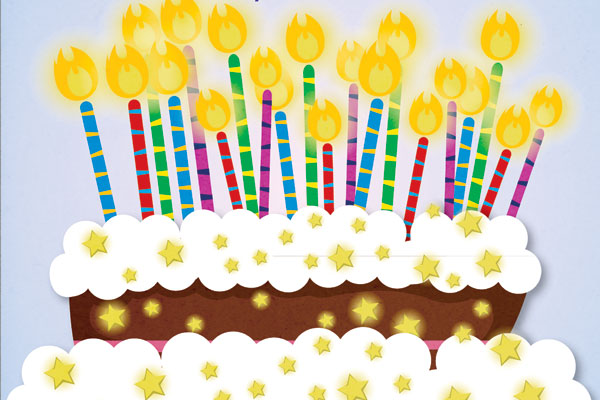 The Birth of Student Loans

Alright, that’s my attempt at turning this topic into an “engaging” feature. When delegated a brief on the 20th anniversary of New Zealand’s student loan system, I was less than excited. I suggested that the piece be reallocated to someone who is more interested in “this sort of stuff.” In fact, no one is interested in this sort of stuff. Why should we be? StudyLink is designed with apathetic youth in mind. With minimal effort, almost any kiwi student can borrow tens (even hundreds) of thousands of dollars to pay for tertiary education.

As a result of this, the nominal value of loan balances is now more than $12 billion. Nearly 900,000 people have loaned money since the scheme started, and the average bachelor degree graduate has a leaving debt of about $26,000 (2,000 people owe in excess of $100,000 – yikes!). More than two-thirds of borrowers haven’t fully repaid their loans and, judging from public comments on Stuff, the entire country is bitching about our generation’s tertiary funding situation. I can feign indifference no longer. As students, we’re at the centre of the fiasco; we’re obliged to care.

Compulsory fees: These are paid directly to the tertiary institution.

Course-related costs: The borrower is allowed up to $1000 per year in course-related fees, which can be claimed throughout the year, and are paid into the borrower’s bank account.

Living costs: The exact figure of living costs is adjusted yearly, but it’s designed to cover the cost of rent, food, and services. While the borrower is resident in New Zealand, loans are repaid at a rate of 10 cents per dollar of taxable income earned over the repayment threshold ($19,084).
As my song suggested, this year is the twentieth anniversairy of New Zealand’s student loan system. Even though it’s older than 2012’s First-year students, it’s still a relatively young scheme amongst New Zealand’s tertiary education history.

Back in 1966 – before the New Zealand dollar even existed – the University of Otago had 300 full-time staff members, and 4,000 students. Tuition fees ranged from £60 per annum for an Arts course, and £80 per annum for a Science course, to £140 for each professional year in Medicine and Dentistry. Those who reached the University Entrance standard were eligible for state bursaries, which covered basic living expenses and academic costs.

In 1989, the Labour Government introduced university tuition fees for all students. At this stage, the average annual fee was only $129. In 1990, students suffered a steep (mountain-goat steep) 969% increase in their fees, which were bumped up to $1250 per year. The next year, National abolished the “flat rate fee” and allowed universities to set their own fees. The following year saw the birth of the student loan scheme. Unlike our current scheme, however, the initial loans weren’t interest-free.

With the new millennia, a new Labour Government abolished the 7% interest on student loans, and capped tuition fee increase at 5% per year. By 2008, the collective student loan debt exceeded $10 billion, and the public began to stress.

In 2010, National limited student loans to a maximum of seven years of study in one student’s lifetime. Last year, access to living allowances and course related costs was limited for part-time students, and for students over 55 years of age.

This year, the Government has introduced a whole bunch of changes to the loan scheme which it hopes will curb students’ seemingly unsustainable borrowing. In stereotypical political fashion, they haven’t been widely communicated, and aren’t super straightforward. Nevertheless, they’re important, and they may even save you a significant amount of money. For full details on recent changes to the student loan scheme, check out the list online at (www.ird.govt.nz/studentloans/guide/changes).

The following changes are a selection of the Government’s most recent:


Although these may seem like little changes, hopefully such tweaks will promote a more secure, sustainable, and user-friendly system. I caught up with Vice Regional Chair of the Southern Region Young Nats, Todd Dickens, to chat about the current scheme, and about the future of New Zealand tertiary funding.

Dickens admits that he’s “...quite proud” of New Zeland’s interest-free loan system: “I know that if we didn’t have a student loan scheme, if we had to pay for university on our own, then I probably wouldn’t be here. In fact, many New Zealanders wouldn’t be studying at tertiary level. As fantastic as it is, however, it had become a burden on the tax payer. It’s a great system, but it’s a system that needs to be carefully moderated.”

“If we had a system of free tertiary education, then every tax payer in the country would be paying for something that not everybody uses. On the other hand, if the system was privatised, then student loans would be treated like mortgages. Banks wouldn’t lend to students that they judged as being unviable. This would prevent thousands of people from even getting the chance of tertiary education... Which wouldn’t be great.”

You’d assume that having as many university-educated kiwis as possible would be a good thing. But could such normalisation of tertiary education devalue graduates’ certificates? Dickens disagrees, as he says, “The more people that we can encourage into tertiary education, the better. Having less people at university would lead to more harm than, say, having a few people who get a philosophy degree and never use it.” Ouch. Will I become one of those people, except with an English degree? I saved soul-searching for another day (and another feature), and moved on to my next question.

Another way of encouraging students to study at tertiary institutions is to keep the loans interest-free, despite the cost this imposes on the Government. Dickens acknowledges that, “It would be ideal to go back to charging interest, in that it would get the Government more money. However, it wouldn’t be ideal in that it might deter lots of students from studying. Many students don’t even want to get a loan in the first place. If there was interest on top of that, I’d be afraid that too many people would be put off the idea of tertiary education.

At the same time, there’s got to be that level of accountability, to stop students from just going crazy and spending all sorts. With this system that essentially allows everyone to go to university, if it gets abused too much, parties like Act will just say, ‘No, that’s disgusting, scrap it right now!’. That’s why there are restrictions whereby if you fail a certain number of points, you’re out [of the student loan eligibility criteria]. There’s also an incentive in place at the moment which rewards early repayments with a 10% discount, which is almost the opposite of being charged interest!”

Even though the system is currently running at a (significant) loss, Dickens still believes that it will succeed, eventually: “I think it’s certainly worthwhile. I wouldn’t scrap it because it’s running at a loss. By bringing down the loss as much as we can, we will help prevent it getting out of control. By making little moderations, we can save an incredible amount of money. We will be able to retain the system.”

Dickens points out that even though the student loan system has been around for two decades now, it’s hardly had the opportunity to speak for itself: “It’s had so many changes from government to government, that it hasn’t really had a chance to prove its worth. Hopefully these recent solid changes will be built upon, and it will continue to level.”

Really? Dickens, at least, is hopeful: “Once that $12 billion debt comes down – and I think that will happen over the next few years, as people who have recently graduated will repay their loans, and as people overseas are confronted – we’ll see more regular payments, and more students being on task. When that comes into play, fingers crossed, the public will realise that not all students are useless. If every student just pulled their fair share, then we wouldn’t have the begrudging public.”

Part of “pulling our fair share” is ensuring that, as students, we’re able to make informed decisions about our tertiary funding, by keeping in touch with the policies and procedures of the student loan scheme. We’re very fortunate to live in a country which places such value on education; let’s make the most of it, so that by the time the next tertiary funding milestone rolls around, we’ve got a system worth celebrating.