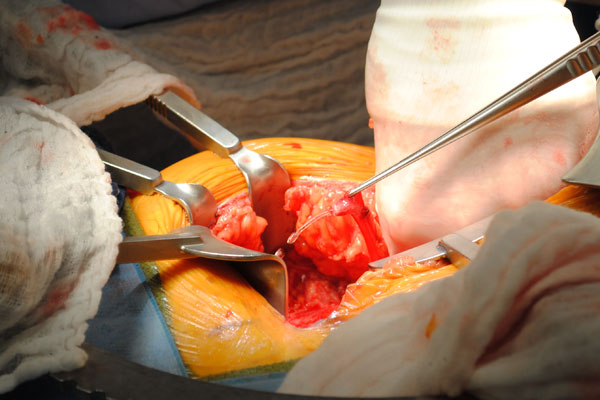 
How about a new heart? Better settle in for a long spell on the waiting list – New Zealand has one of the lowest organ donation rates in the Western world. Critic’s Callum Fredric investigates the reasons behind the organ shortage, the potential solutions, and the ethical dilemmas posed by these solutions.

New Zealand has one of the lowest rates of deceased organ donation in the Western world, with just 8.7 donations per million people each year. When you compare this number with those of Spain (32.0), the UK (16.4), and Australia (13.5), this is a serious concern.

So what’s the deal? Why does New Zealand have such a low rate? And what can be done to improve the situation? Critic assembled a panel of experts and began researching.

Defenders of the current system note that few people are aware of the very limited conditions under which organs can be donated.

“From deceased donors, organ donation has to happen under certain circumstances where somebody suffers brain death or an irreversible brain injury, but their organs are still in okay shape. For practical purposes, that almost always happens when people end up in an Intensive Care Unit.”

“The two most common causes of brain death are head injury and stroke. In the last 15-20 years in New Zealand, the number of road traffic injuries (which is the main cause of brain injury leading to brain death) has halved. The number of deaths from stroke has halved.” While this is good news for most, it results in fewer organs being available for donation.

Suffering the “right” kind of injury is just the first hurdle for the wannabe organ donor. The next step is to actually get admitted to an Intensive Care Unit (ICU). But this doesn’t happen as often in NZ as overseas – we simply have fewer ICUs per person than other countries. McCall: “That means ICUs sometimes get incredibly stretched. And their primary responsibility is to look after the living.”

Donor Coordinator and Team Leader at ODNZ Janice Langlands states: “We don’t admit patients into the ICUs for the sole purpose of organ donation. So if there’s a catastrophic brain injury and it looks like they’re not going to survive, they probably wouldn’t get admitted to an ICU in New Zealand.”

It’s All About Informed Consent

The most commonly cited objection to the organ donation system is that family members can trample on the wishes of the deceased and refuse to allow his or her organs to be donated. But although the family veto is disturbing ethically, it actually doesn’t make much of a practical difference to organ donation rates.

Langlands: “In the ICU, the doctors will discuss the option of organ donation with the family. They don’t routinely check the driver’s licence information before they do that. Most commonly, families carry out what their loved one wanted, if it’s been discussed. We’re always trying to encourage people to discuss their wishes with their families in advance.”

Langlands describes the idea of families vetoing dozens of organs a year as a red herring. “It’s a myth. About 48% of the population who have a driver’s licence have indicated that they want to be a donor. When families are approached in the ICU about 50% of families say yes, and 50% say no. If we did enforce what’s on the driver’s licence, we might actually see a drop in donations.”

Designer Donation – Should donors be allowed to specify who they want to donate to?

With deceased donation, there’s no option to pick and choose how you’d like your organs to be used in the event of your suffering a fatal injury – it’s an all-or-nothing system. So you can’t refuse to donate your lungs to a smoker. However many are calling for a prioritised system, with preference given to people who have themselves offered to donate their organs.

Dr Eric Crampton, Senior Lecturer in Economics at the University of Canterbury, says: “I would start by looking at what’s been successful in Israel recently – they experienced a dramatic increase in the number of organ transplants in 2011. They’ve recently moved towards prioritising those on the organ transplant list who have indicated a willingness to be donors.”

Organ Donation Law Reform Campaigner Andy Tookey started a private, voluntary version of Israel’s system here in New Zealand: “LifeSharers is a private organ donation register, with a slight difference, which is that when people sign up, they pledge that their organs go to other registered organ donors first. Unfortunately a bunch of doctors have said that they would refuse organs with any conditions attached.”

“My point to them was that we’re the shortest of organs in the world, LifeSharers will increase the number of organs, and you’re saying you’d actually throw away perfectly healthy organs just because your morals don’t agree with the morals of the person donating those organs.”

“There will come a stage where one of our members does die in circumstances where they can be an organ donor, the doctors will turn it down, and then it will become a huge test case in law. I think the public would be right behind me on it, rather than the doctors or the politicians. Most people say ‘this is my body, my organs, don’t tell me what to do with it.’ It’s not up to the government to tell me what to do with my organs.”

McCall strongly opposes the idea behind LifeSharers, describing it as “absolutely abhorrent. We don’t discriminate on what treatment is offered to people based on their beliefs or what they may or may not have been willing to do under different circumstances.”

McCall may not approve of the ethics, but allowing priority organ access to people who are willing to donate would likely increase organ donation rates, as demonstrated in Israel. As Tookey says, the current system is like “giving a Lotto prize to somebody who didn’t buy a ticket”. It seems only fair that you should have to be in to win.

Organ Markets – Show Me The Money

Anyone familiar with the arguments for legalising the sale of drugs will immediately recognise many of the arguments for legalising the sale of organs. 1) When you make selling something illegal, the sales still occur, but are driven underground, with damaging consequences. 2) People have the right to use/abuse their own bodies. 3) While your gut reaction might say no to legalisation, when you look closer you can see advantages.

In the case of kidney and partial liver donations, an increasing number are being given by live donors as a way of getting family or friends out of waiting-list limbo. McCall notes: “About 10-15% of our liver transplants are from live donors, and 50% of our kidney transplants.”

So are organ markets the way to go? Would you sell one of your kidneys if the price was right? Crampton argues that organ markets “are preferable to what we have now. They would do a lot to increase supply.”

Crampton continues: “I would also look at compensating those who are signing on to have their organs donated after death. The University of Otago’s Med Centre is effectively allowed to help pay funeral costs for those making whole cadaveric donations for medical research, but there’s no facility for compensating those who make organ donations to help save lives.”

Ethical dilemmas relating to organ markets are based on two concerns: Firstly, a belief that it is fundamentally immoral to mix dollars and donation. Secondly, concerns about the poor being exploited by cash-for-your-eyes shops.

McCall: “I find the idea of organ markets abhorrent. Where commerce has had things to do with organ donation, terrible things happen. If you make it legal it’s still open to exploitation, and I think trading organs for money is fundamentally ethically untenable. The people who are most exploited by that tend to be the poor.”

Crampton responds: “It’s interesting that 100 years ago people viewed life insurance as repugnant because it was betting on people’s death, so it took a long time before life insurance became legal. Organ markets are in the same position – something that’s a good idea, makes the world a better place once it’s running properly, but our moral intuitions run counter to them.

“It would be fairly easy to set up a system that maintains security of supply all the way through, where you know who the donor was, that he was willing, that there was appropriate consent and information given, and the compensation went through properly.

“The status quo is killing people because some ethicists would feel bad if we allowed incentives to come into the system. Perhaps the ethicists should be working for free if financial incentives are so corrupting.”

People considering becoming a live donor of a kidney or half a liver are faced with a long and difficult process. The costs of this process, as well as the costs of transport and accommodation, are paid by the transplant unit. A support person is also provided for. After the surgery, however, the donor faces a long recovery time in which he or she will not be able to work.

Dunedin North-based National MP Michael Woodhouse has a bill in the members’ ballot in Parliament. “Presently those who provide live organ donation are eligible for the sickness benefit for up to 12 weeks following their surgery. And people have told me that that is insufficient to reduce the final barrier to altruistic organ donation. So I’ve introduced a bill that reimburses live organ donors up to 80% of their lost income, as with ACC.”

Daniel* has experienced the live donation process first-hand – his daughter was stuck on the waiting list for a liver transplant for three years, and during this time her condition deteriorated. Eventually, Daniel opted to give a live donation. “We delayed the surgery simply so that we could save as much as we could for six months. We could have lost my daughter, but we felt we couldn’t do it any other way.”

During his recovery after the surgery, Daniel felt “extremely tired” due to the huge toll regrowing his liver was taking on his body. “After three months, I felt I had to go back to work. But it was 12 months before I felt close to 100% again.

“I was very lucky that I had an employer that paid me for three months. If you’re the sole breadwinner for a family, the sickness benefit wouldn’t have covered the mortgage. How many people out there would like to become a live organ donor, but realise financially they couldn’t afford it?”

Daniel endorses Woodhouse’s bill as “brilliant”. But the chances of the bill being drawn out of the ballot are slim, and there’s no plan to introduce it as a government bill.

New Zealand’s low organ donation rates are a huge concern, with no easy solutions. Getting informed is the first step, so congratulations. The next step is to get some public discussion happening. Critic’s scientists predict that up to 75% of Castle Street residents will require a new liver before the age of 40. Seriously though, let your family know if you want to be an organ donor – you never know when that roof you’re drinking on might collapse.
This article first appeared in Issue 6, 2012.
Posted 7:07pm Sunday 1st April 2012 by Callum Fredric.