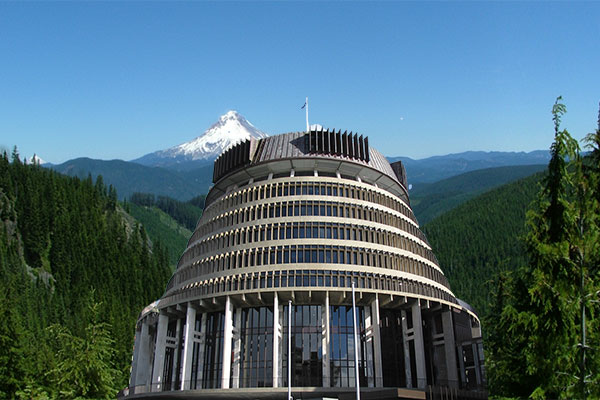 It is a little-known fact that new MPs get a formal induction from Parliamentary Services. Last December, I lined up with the rest of the “class of 2011” (including such luminaries as Maggie Barry and Richard Prosser) for my introduction to Parliament.

It’s fair to say that much of what we covered in those sessions was quickly forgotten or disregarded, but one piece of advice which stuck in my mind came from former Labour MP Rick Barker, who manfully fronted up to tell us about life as an MP, despite having just lost his seat.

“Treat it like a university education,” he said. “You get unprecedented access to all sorts of experts that no one else gets. Learn what you can from them.” Good advice. He also said something like “upskill and retrain while you’re here, you never know when you’ll be gone.” Which was also good advice.

This week I’m getting an opportunity to put that advice into practice with a five-day study placement with Radio New Zealand, which I am stupidly, nerdily excited about. Having seen the demographic breakdown of their audience today, I know I’m not normal for my age, but I have Radio New Zealand National on pretty much constantly, so to get to see behind the scenes is very cool.

It’s also no secret that my dream job is basically to be Kim Hill, so you can imagine how I feel about getting to sit in on her show this Saturday.

Why do I get to spend this unorthodox week pretending I work at Radio New Zealand? It’s thanks to an outfit called the New Zealand Business and Parliament Trust, a charitable outfit that aims to increase understanding between MPs and NZ businesses by sending MPs on placements like this and bringing businesspeople into Parliament to learn the ropes there.

Admittedly Radio New Zealand wasn’t the bravest choice for a Green MP (I could be spending the week at McDonald’s or an Aussie Bank), but it is relevant to my Arts, Culture, and Heritage portfolio, and knows, maybe I’ll grow a pair and spend a week at a big nasty corporate next time.