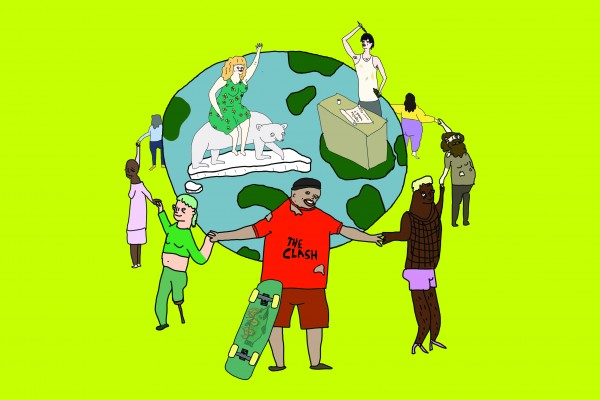 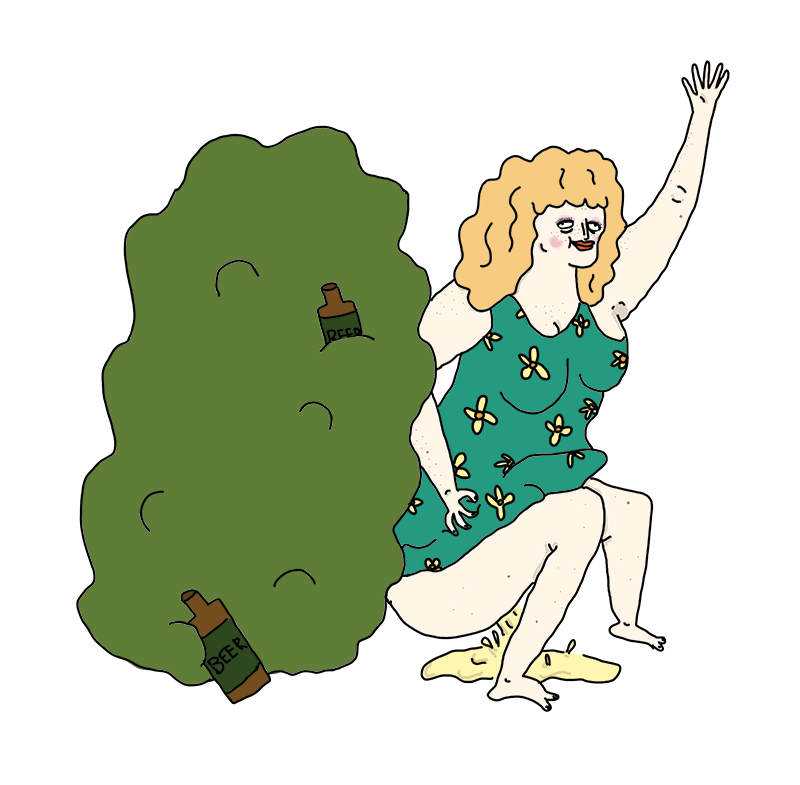 Hey, I’m with Critic, was hoping to ask you some questions.

Ayeee, alright! *waves off two friends who are staggering in a rough semicircle nearby*

Great. Do you have much interest in foreign affairs? How do you feel about the Trump presidency, for example?

He’s a bad man, ken? You dinnae ken what the radge is on about half the time, and the other half it’s actively bad. Disnae believe in climate change in the 21stcentury? You have tae believe he’s a few . . . *unintelligible*. . . Fucking grabbing lassies by the pussy? Disgraceful.

You mentioned climate change, this is a key issue then, in your eyes?

In my eyes? In the eyes of a fucking bairn it should be a key issue, ken? It’s the fucking world yer talkin about, heatin up ‘n that. Polar bears fucking melting off the icecaps ‘n shite. Hows we supposed tae worry about fucking oil ‘n *unintelligible* natural, yeah?

What are some other major issues you’d like to see a certain stance taken on? Abortion, say?

Abortion? I haven’t even fucked ye yet, have I?

No, like abortion in general – your thoughts on the subject?

Well I haven’t got one, have I? I dinnae have a bairn in the oven so I dinnae have much thoughts on the matter. Rights are rights though. It’s mah fuckin body, is it not? Do ye have a cigarette I kin bum fae youse? *thinks for a moment* Ahhh, I dinnae need to be having a smoke. Got a little one on the way, ken? Abortion and that.

Are ye getting fucking wide? Fuck off! FUCK OFF!

*as I approach* Are you looking for a fucking knockout?!

No, no, I’m with Critic, just looking to ask a few questions. Survey the mood around here, get me?

Where are you from?

So how do you feel about marijuana legalization, would you support it in New Zealand?

No, no I mean, how do you feel about cannabis legalization?

Ahhhh. I’m all for it, why not? Not much different from beer or liquor is it? Can’t overdose on it, anyway. Just gotta worry about getting too high. You ever been too high? Being too high is fucking mental. Fucking mental. You don’t know what life’s going to say next. A bit like being upside down, standing on your head inside out. Heh.

I’m not sure what you mean. You’re saying you support recreational legalization even though getting too high sucks?

I don’t know mate, honest. Now you got me thinking and I don’t really know if kids can be protected from that shit, you know? The smoke in the air and everything. I’m fucking high right now, and I thought I’d only be drinking tonight. Secondhand, right? Comes on you when you least expect. And besides *winks, claps me on the shoulder* more is more and less is less. More legal means more weed, more weed means less quality, right? Less quality means less high.

I don’t think that’s how it works.

I have, but legalization and subsequent regulation has resulted in higher standards back in the States where I’m from. 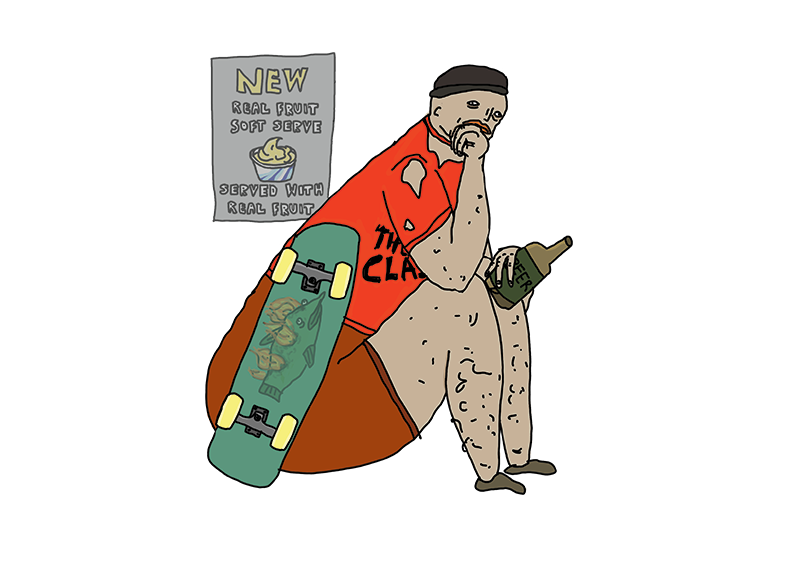 Hey man, got a second to talk to Critic?

In your mind, what’s the most pressing issue facing the world today?

You’re talking about terrorism, nuclear war, climate change? *I nod* Well to be completely honest it’s none of that. Listen to this . . . *holds up hands for emphasis* . . . It’s division. Division.

Yeah. Division, the stuff that divides us. Separates people. Take clothing, for example. It’s divisive, it’s classist, it’s enforcing power structures based on wealth, which is fucked. Marx . . . he wasn’t all right and all that . . . but he had a point with the whole collective thing, together we’re united.

Together and united are basically synonyms though, aren’t they?

Okay that’s not what I meant, obviously. It’s about conformity, it’s about homogeny. People are focusing more and more on what sets them apart, about being lesbian or Muslim or transgender or a lesbian Muslim transgender. Intersectionality . . . I think that’s what they call it. Intersectional. They’re focusing on these intersections, like streets intersecting. Intersectionality. It’s not about that stuff. Those streets are just crisscrossing. They’re dividing. They’re cutting up the landscape in between. The land and the trees and the rivers. The beauty.

Hold up, you’re losing me here. You were talking about an increased focus on diversity?

Right. Right. So it’s focusing on the differences, not the similarities. Like I’m not just a kid anymore, I’m an Indian Buddhist kid who’s pansexual and identifies as a fucking tree trunk or whatever. And that shit is what’s important to me. The shit that makes me different, the shit that makes me separate. It’s fostering division.

But you’re not Indian?

Yeah, but what if I was? When you construct an identity around disparity, it’s naturally fragmented. It’s unstable. It’s like building a house, you’ve got to build on steady ground or the whole thing falls apart. We should be focusing on our humanity, the things that bring us together, not what makes you unlike me or me unlike you, particularly if they’re things you can’t change. I mean yeah, celebrate the shit that makes you unique that’s stuff you choose, but the shit that makes you unique that’s just delegated by fate, focusing on that stuff isn’t helping anyone come together. It’s like focusing on being naturally tall or skinny or having pretty hair, it’s the same shit. If there isn’t a tall person club why should there be a lesbian club?

Well first off, no one’s ever been persecuted, socially or legally, for being tall. But what about the natural racial disparity inherent in Western society, for example, you think that’s invalid? I mean, maybe being proud of your ethnic or religious or sexual minority association is the only positive response to a society that’s traditionally put you down.

*flicks me a finger gun and walks away*