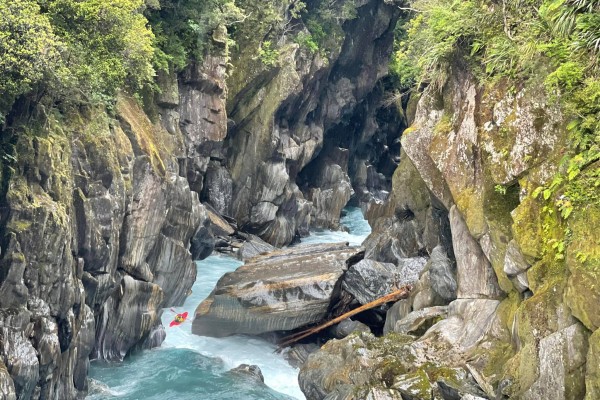 Heaps of West Coast Land to be Reclassified

The Department of Conservation (DOC) is set to reclassify 600,000 hectares of protected “stewardship” land on the West Coast - the size of over 3 Rakiuras (Stewart Islands). DOC says that this will provide stronger protections for its natural and historic features, but some worry that this could affect future use of the land, for both recreational and conservation purposes.

Most of the 8 million hectares of land that DOC controls (40 Rakiuras worth) fall under four main categories. Roughly from least to most protected, these are: conservation areas, reserves, wildlife areas and national parks. However, about one third of this land (2.7 million hectares) is classified as “stewardship” land. This means it was given to DOC in 1987, as it was recognised to have conservation value, but has not yet been put in a further category.

This is largely because reclassifying land takes a shit ton of work. Land surveys, analysis of the species and ecosystems present, consultation with Māori and current users of the land all must be conducted. However, this means that a big chunk of DOC land effectively receives bare-minimum legal protections. In 35 years, DOC has only managed to reclassify around 3.5% of their stewardship land, or 100,000 hectares. The rest of the land, containing many truly wild rivers, forests and glades, remains somewhat “up for grabs”.

In May 2021, the Government began a process of finally tackling their 34 year old to-do list, setting up national panels to begin this reclassification process. It immediately ran into snags, receiving an instant legal challenge from Ngāi Tahu because, somehow, their initial planning process had completely overlooked the one iwi in the South Island. The process resumed in November 2021 after a Ngāi Tahu mana whenua panel was included in the process. It has now been completed, and the proposed classifications are out for public feedback until 5pm on July 26th.

182,000 hectares of this land will form part of the new Tarahanga e Toru Historic Reserve. According to Te Rūnanga o Ngāi Tahu Kaiwhakahaere Lisa Tumahai: “Tarahanga e Toru is at the heart of many Poutini Ngāi Tahu legends, customs, and traditions. These trails were lifelines for Poutini Ngāi Tahu and used as trading routes for pounamu and kai in times of peace and war.” Another 347,000 hectares will become conservation land.

In some areas, the Ngāi Tahu mana whenua panel have disagreed with the classifications proposed by the DOC panel - most prominently, this includes 70,000 hectares of land which DOC wanted to include into national parks. Tumahai said in a statement that: “Ngāi Tahu and the mana whenua panel do not support expanding the National Parks within our takiwā. The National Parks Act restricts Ngāi Tahu from undertaking our kaitiaki rights and responsibilities, while limiting the meaningful involvement of Ngāi Tahu in decision making.”

Whitewater NZ, a major kayaking group, is chiefly concerned with how the proposed changes could open up development opportunities on wild rivers, namely the Waitaha. The Waitaha is the “Aoraki of rivers” in Aotearoa, and a previously denied proposal for a small hydro project on the river is now back on the table - regardless of if the land is reclassified. The group has spoken out against the new re-proposal, and said that while they’re not “anti-dam”, they’re definitely “anti-this-dam”.

Whitewater NZ said in a press release that they were “alarmed at the haste and scale of conservation land reclassification changes recommended by the national and mana whenua panels”, and that “the voice or values of trampers, climbers, cavers, canyoners, kayakers or pack rafters… [are] absent from the national panel recommendations.” They went on to say that “The 40 day notice period for submissions is a highly compressed review period given the very limited analysis undertaken on recreational and ecological values, prior to reaching these recommendations”, and seem generally unchuffed by the situation.

There is a window of opportunity to have your say in the reclassification progress, which you can access at this link: https://www.doc.govt.nz/get-involved/have-your-say/all-consultations/2022-consultations/help-us-reclassify-stewardship-land-on-the-west-coast/