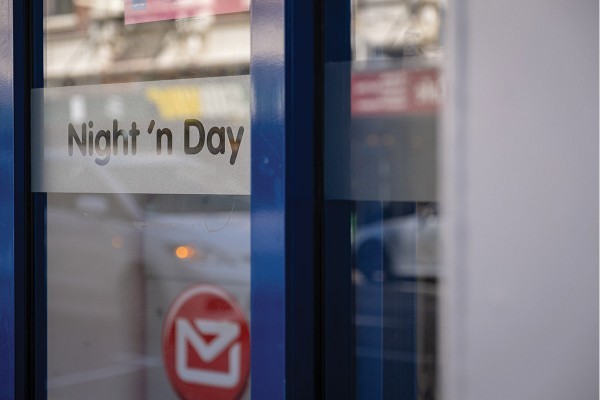 Criminal background should've made him ineligible for security work

The security guard who allegedly called a student “stupid” and “selfish” after issuing her a $300 fine for “stealing” a packet of tomato sauce no longer appears to be working at Night N’ Day or Pak ‘N Save, where he was also employed.

This may have something to do with the fact that he did not have a licence to work as a security guard. It would have been difficult for Tyrin Tutaki (the security guard in question) to have a licence because to possess a Certificate of Approval in Aotearoa, you need to pass a criminal background check — and Tyrin is a registered sex offender. He was added to the Child Sex Offender Register after it was discovered that he had engaged in a sexual relationship with a local 13-year-old boy that ended in 2016. And while the ODT reported in 2018 that Tyrin was “aware of the gravity of his offending” and seeking to self-improve, his criminal record should have made him ineligible for security work.

Most shops contract out their security services to specialist companies; for Pak ‘N Save and Night ‘N Day, the job went to LPS Security, a group with very little information available to the public. They do not have a website, any social media presence or a listing in the phone book (yes, we checked there too). They are not registered as a company with the Companies Office. The only sign of them that Critic could find was a Facebook post from October 2018 advertising a permanent part-time job for “Loss Prevention Officer”, and a Gmail address provided by Pak ‘N Save.

Any person or company providing security services in Aotearoa needs to hold a Certificate of Approval (CoA) issued by the Ministry of Justice’s Private Security Personnel Licensing Authority (PSPLA). The PSPLA, amongst other roles, runs background checks on anyone applying for a licence, to ensure that they are trained and have a clean criminal record. They also run a tribunal allowing complaints against security personnel to be independently judged. Anyone running a security company or working as a security guard without a CoA could be fined up to $20,000.

LPS Security does not appear to hold a CoA, according to the PSPLA’s publicly-available database. It appears that the owner of LPS Security, Fiona Stewart, holds a CoA, which would allow her to legally employ security guards. However, while her company has been operating since at least October 2018, her certificate has only been valid since 19 October 2021: a three year window of operation. Tyrin, employed by LPS, did not appear to have a CoA at all.

When approached for comment, Tyrin directed all media queries to Stewart, and did not respond further. Stewart told Critic Te Arohi in a one-line statement that “Tyrin does not work at either of the stores mentioned in your email,” though patrons of the stores remembered his name from various fines and trespass notices he had apparently issued, including several for sauce packet thievery. Stewart did not mention whether Tyrin holds a CoA, and did not respond to our repeated requests for comment. Matt Lane, who manages Regent Night ‘N Day, also did not respond, but it appears that Tyrin no longer works as security at either of these businesses. In the meantime, no sauce fines have been reported to Critic.